Apropos Ukraine and the Risk of Provocations

Fear of a dramatic escalation of Russia’s ongoing aggression against Ukraine has increased in recent days, as Russia masses troops and military equipment near Ukraine’s borders and demands what President Vladimir Putin calls security guarantees that would rule out any further eastward expansion of NATO and the deployment of weapons that pose a threat to Russia in close proximity to its territory. For an indication of what could follow in one of many escalation scenarios, it might be worth revisiting largely forgotten developments in Crimea on 1 March 2014. 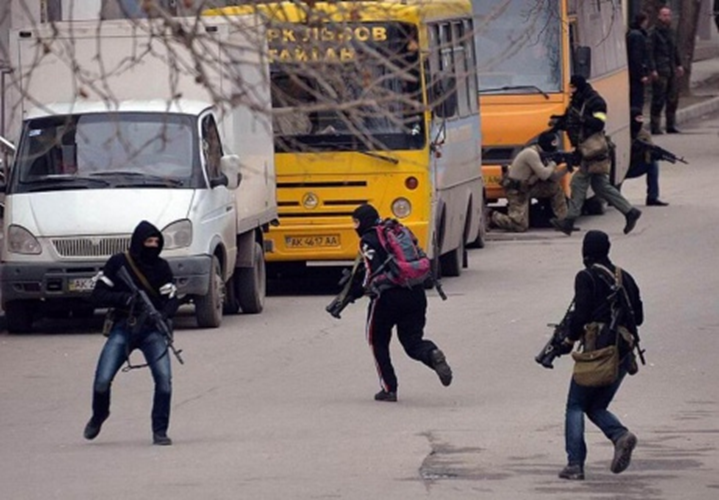 On 14 November 2021, Dmitry Kiselyov, the head of Russia’s main state news agency, accused the United States of inciting Ukraine to war – “we understand that when they want to attack, they talk about the threat of an attack on themselves” – and suggested that provocations were being staged. He recalled how Nazi Germany had started World War II by staging a supposed Polish attack on the German radio station Gleiwitz (but refrained from mentioning the secret supplementary protocol of the Molotov-Ribbentrop pact that had been concluded only a week before or the Soviet invasion of Poland that followed only a few weeks later).

Kiselyov also raised allegations of US foul play to justify its military interventions in Vietnam and Iraq. However, he did not mention that the Soviet Union less than three months after the Gleiwitz incident also staged a fake attack, which Russia later admitted, on the Soviet village of Mainila to justify the Soviet Union’s invasion of Finland. Unsurprisingly, Kiselyov did not mention that modern Russia is suspected of having engaged in similar practices in 2014 to obtain a casus belli against Ukraine.

In the run-up to Russia’s annexation of Crimea, Russian operatives are believed to have impersonated not only local self-defence forces, but also armed personnel supposedly opposing those forces. In addition to staging fake incidents, Russia may have invented fake stories about incidents and injuries that in reality did not happen.

Notable but largely forgotten instances of this kind are two incidents that allegedly took place in Crimea’s administrative centre, Simferopol, on 1 March 2014, several days after Russia’s covert military aggression against Ukraine began but on the same day that President Vladimir Putin requested and was granted parliamentary permission to send troops to Ukraine.

On this day, Maria Zakharova, then deputy spokesperson for Russia’s foreign ministry, announced: “In the early hours of March 1 armed men sent from Kiev made an attempt to seize the interior ministry of the Crimean autonomous republic. This treacherous provocation left several people injured. Thanks to the resolute actions of the self-defence squads, the attempt to seize the building was repelled. This latest incident proves that certain political circles in Kiev are eager to destabilise the situation in the Crimean peninsula”. No evidence of the attack or of injured persons was presented, however, and Zakharova’s claim was immediately denied. Nonetheless, Valentina Matviyenko, the chair of the Russian Parliament’s upper chamber, the Federation Council, referred to the supposed incident and the alleged casualties when explaining why Putin’s request had been granted, and even suggested that Russian citizens had been killed.

Separately, Russian state television channels featured spectacular video material that supposedly showed armed “provocateurs” running around Simferopol later the same day, having opened fire near the Council of Ministers building. An alleged assault on one of the channel’s cameramen was also caught on film. Most of this material was subsequently removed from the internet but at least one short clip remains. Another one has been preserved and some additional footage is also available from Ukrainian media outlets.

No further information on these alleged incidents appears to have been provided by Russia, and they no longer feature in the Kremlin’s official or semi-official narratives on the “reunification of Crimea with Russia”, as portrayed for example in the 2015 state television film on the topic (which, in passing, also admits that the “the little green men” were Russian soldiers).

One reason for this silence may be that the “provocateurs” appeared to be carrying an unusual Russian grenade launcher (the GM-94) and reportedly escaped on large yellow buses, at least one of which apparently belonged to a well-known Crimean zoo park. Russian state media suggested that these somewhat implausible escape vehicles might have been stolen, although the owner of the zoo park, the Russian citizen Oleg Zubkov, was an active and public supporter of Moscow’s line on Crimea at the time of the alleged incident. According to various media reports, he also gave the “self-defence forces” a bus and later received a medal “for the defence of Crimea” – before getting into trouble with the Russian authorities and slightly changing his mind, but that is another story.

Even if the incidents really happened as Russian sources claim, which seems doubtful, they would not of course have justified any Russian military intervention according to international law. Nonetheless, they – or at least the Gleiwitz and Mainila incidents – serve as reminders of the possibility that wars and military escalations start not only in response to genuine incidents, but also as a result of “false flag operations”.