How can we understand the rise of sectarianism in the Middle East today, to what extent is it linked to religion, if at all, and why has it proven so effective for mobilization in wars and conflicts in the region?

Sectarian identity politics is on the rise in the Middle East. The power rivalry between Iran and Saudi Arabia has intensified sectarian dynamics in several hot spots across the region, just as the break down of state structures and the resurgence of authoritarian rule have led local communities to a fallback on sectarian identities and intensified dynamics of sectarian Othering.

In Syria, the Assad regime has from the uprising’s very beginning installed fears with minority groups of Sunni extremism, and today the war is being led by militias and regional powers, who predominantly are grouped along sectarian lines. Similarly on social media platforms and Arab satellite stations, sectarian agitation are rampant, and even in states such as Jordan or Egypt, where Shias are effectively non-existent, anti-Shia rhetoric has gained a new foothold.

Helle Malmvig, Senior Researcher focusing on regional policy in the Middle East at DIIS, focused her talk on how we may understand sectarianism in the Middle East theoretically and empirically, focusing in particular on the case of Hizbullah and its war in Syria.

The seminar was moderated by Bitte Hammargren, Head of UI’s Middle East and North Africa Programme. 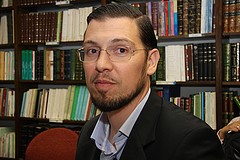 Do we see a rise in sectarianism in the Middle East?

Listen to The UI Podcast