In October 2018, Donald Trump announced that he wants the United States (US) to withdraw from the 1987 Intermediate-Range Nuclear Forces (INF) Treaty because Russia has violated the treaty.

The INF treaty is described as one of the factors that ended the cold war. The bilateral treaty is an arms control agreement, which eliminated all nuclear and conventional missiles (as well as their launchers) with ranges of 500-5500 kilometers.

In 2010, the two states signed another bilateral treaty on the reduction of nuclear arms, the New Strategic Arms Reduction Treaty (START). Without the INF the New START would be the only remaining nuclear arms agreement between the states, and even though both states have reduced their budgets on nuclear weapons the tension is still high. The New START expires in 2021.

What will happen to the US-Russia nuclear relations? Will any state benefit if the INF treaty is permanently terminated? What will happen to global security if the US actually withdraws from the treaty and will there be a new arms race?

Speaker:
Thomas Countryman, Chairman of the Board of Directors at the Arms Control Association. He previously served as Acting Under Secretary of State for International Security during the Obama administration.

The seminar was be moderated by Christer Ahlström, Director of UI. 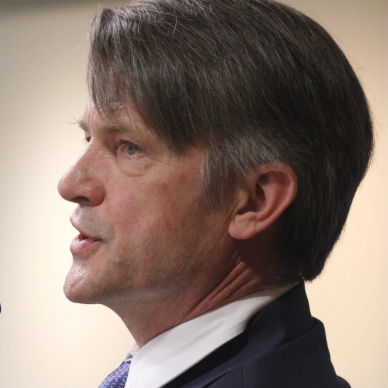 Chairman of the Board of Directors at the Arms Control Association