The Brexit referendum and the US presidential election in 2016 have demonstrated the growing role of social media platforms in shaping political debate and popular opinion, possibly affecting the outcomes of these democratic elections. This poses difficult questions for open democracies – should social media platforms be regulated in order to prevent the dissemination of false information aimed to produce political effects? If so, what shape and form could such regulations take? Or should self-regulation and neutrality be guiding principles in the interest of safe-guarding an open internet?

Renee diResta, Data for Democracy and founding member of Haven. Renee has a background researching Russian disinformation and the anti-vaccine movement as well as fighting disinformation campaigns and computerized propaganda on social networks

Christian Christensen, Professor of Journalism in the Department of Media Studies at Stockholm University. His research has examined the intersections of journalism, politics and technology. He is also a regular contributor to The Guardian and other international news outlets

The seminar was arranged together with the American embassy in Stockholm. 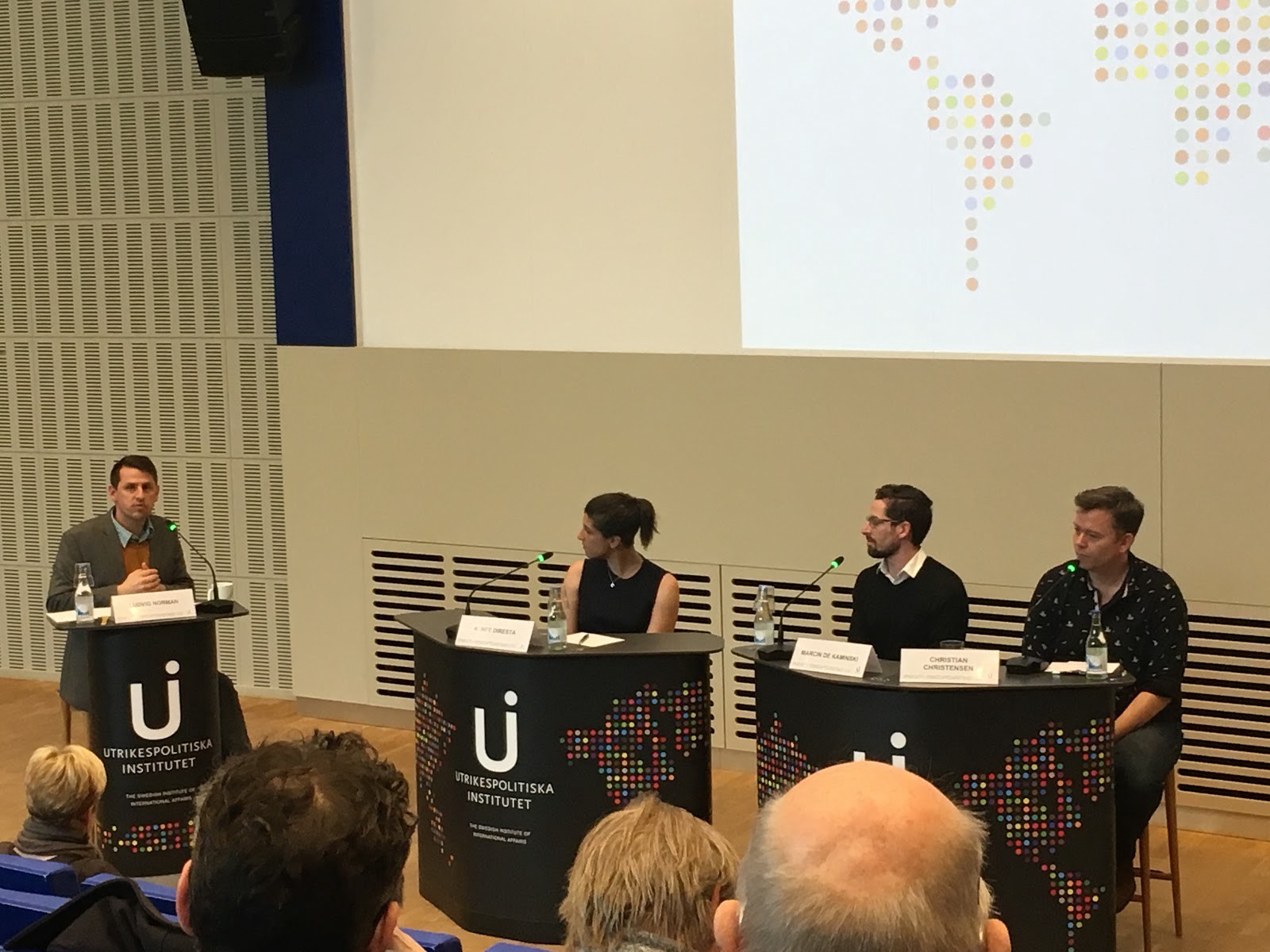 Global Governance on the Internet and Social Media

'With our news feeds filled with articles about Facebook founder Mark Zuckerberg and Cambridge Analytica, we gathered at the Swedish Institute of Foreign Affairs to listen to a panel discussion on the governance of Internet and social media...The question at the center of the talk was the dilemma of regulatory action having both positive and negative impacts on democracy.'