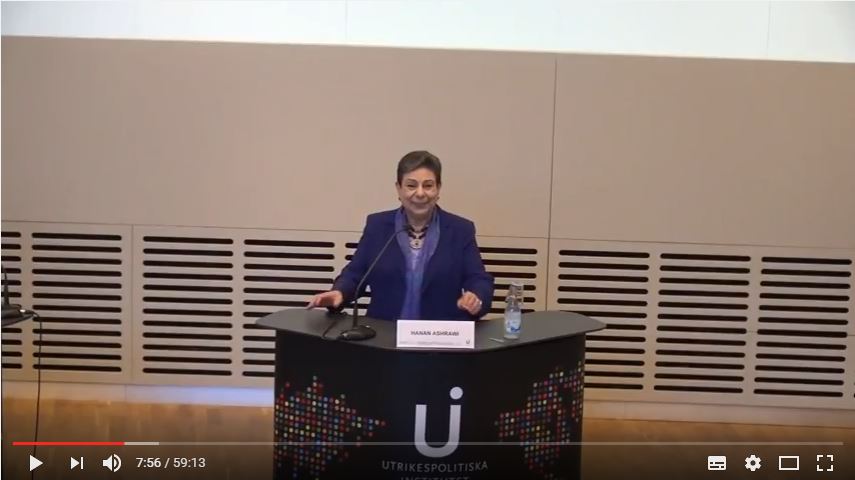 Hanan Ashrawi on Palestine at crossroads

The Swedish Institute of International Affairs (UI) organized a seminar with Dr. Hanan Ashrawi who addressed the challenges and possibilities for Palestine ahead.

The renowned Palestinian politician, legislator, scholar and author, Dr. Hanan Ashrawi, served as the official spokesperson for the Palestinian delegation in the Middle East peace talks from 1991 to 1993. She was elected into the Palestinian legislative council in 1996 and accepted the post of Minister for higher education the same year but resigned in 1998 and established the Palestinian Initiative for the Promotion of Global Dialogue and Democracy, MIFTAH. In 2001, she was appointed as spokeswoman for the Arab League, she is currently member of the PLO Executive Committee and PLC member. She has received several awards for her tireless work for democracy and gender equality in Palestine.

At this seminar, Dr. Hanan Ashrawi addressed the challenges and possibilities for Palestine ahead.

The seminar was moderated by Mats Karlsson, director at UI.