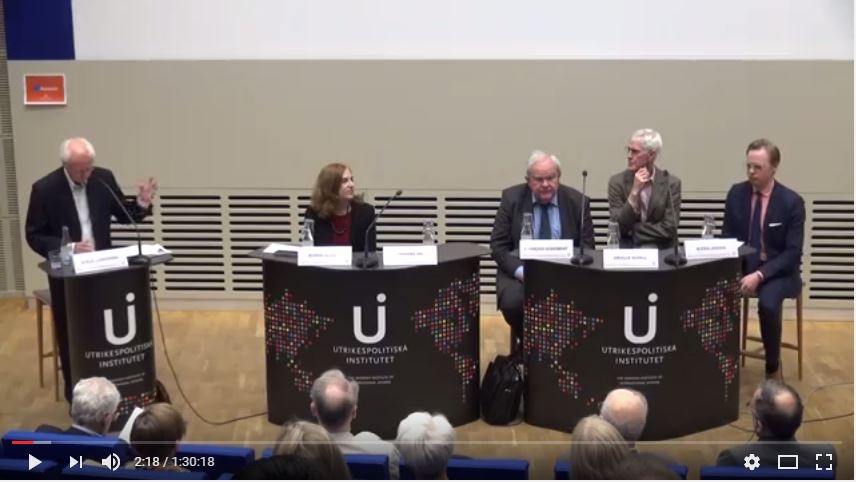 Trump and a Rising China

The Swedish Institute of International Affairs, in cooperation with Stockholm China Forum, organized a seminar on Trump and a rising China.

In his election campaign, Donald Trump made China a prime target, blaming Beijing for US job losses and threatening to impose high tariff on Chinese goods. As president-elect, moreover, Trump went on to question US commitments to the so-called One China policy.

Chinese president Xi Jinping’s visit to the United States in April, however, ended on quite a different note. Trade issues were handed over to a joint working group while Chinese cooperation on North Korea was declared a matter of decisive importance for the future of the relationship.

What does the Sino-US relationship look like today, and where is it heading? How serious are the risks? What is required in order to successfully manage the relationship?