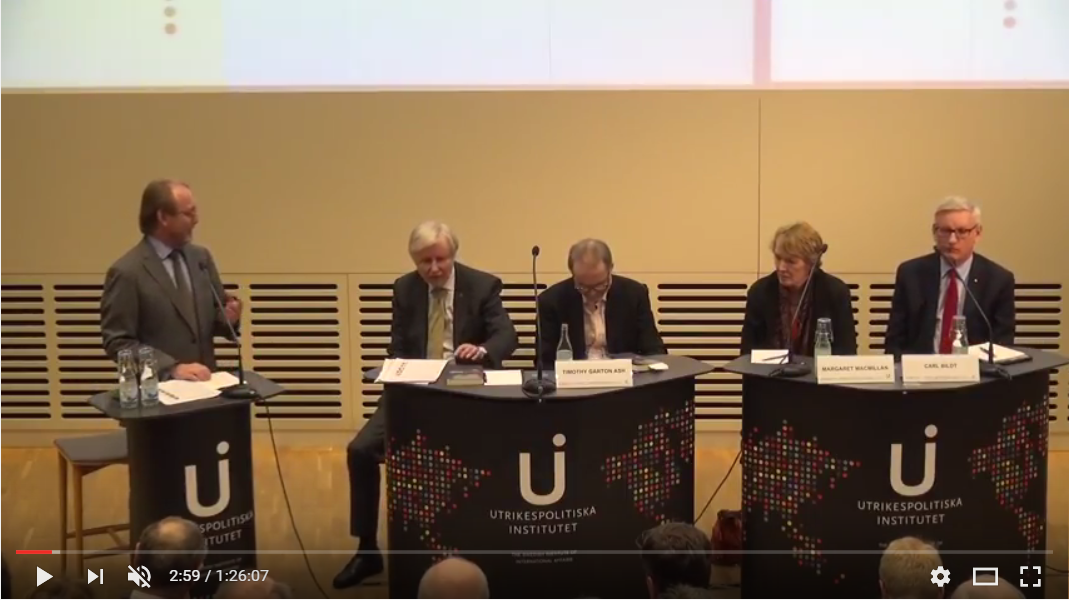 Politics and History - What Should be the Role of Politicians Dealing with History?

The Swedish Institute of International Affairs (UI) and Historians without Borders invite you to a seminar on politics and history.

Timothy Garton Ash is an internationally acclaimed historian, commentator and best-selling author. Having charted the spectacular transformation of Europe over the last quarter century, his current work focuses on the emerging geopolitical triangle between Europe, the United States and Asia, and on how we can avoid a "Clash of Civilizations" with Islam.

Margaret MacMillan is a leading expert on history and international relations and professor at the University of Oxford. Her most recent book is “The War That Ended Peace: The Road to 1914”.

Carl Bildt is a Swedish politician and diplomat who was Prime Minister of Sweden from 1991 to 1994 and served as Sweden's Minister for Foreign Affairs from October 2006 to October 2014.