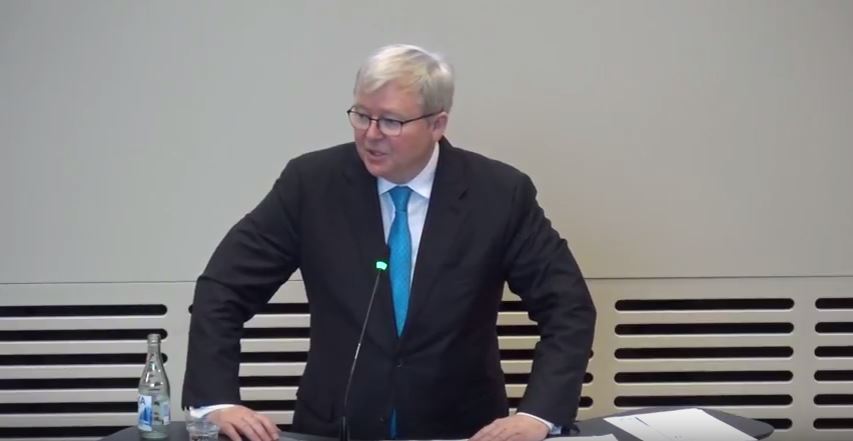 Is Asia Heading towards Conflict?

A discussion with Kevin Rudd, former Prime Minister of Australia.

While East Asia has enjoyed a long relative peace, 2017 has been worryingly volatile. Are regional leaders really able to contain the serious tensions regarding the Korean peninsula, the Sino-Indian border region, and the East- and South China Seas? Will China and the United States reconcile conflicts of interests and find a long-term agreement on how to coexist in the region? What is the future of regional trade and investment regimes after the US withdrawal from the Trans-Pacific Partnership? What does this mean for Europe, with Brexit looming and populist forces resurgent? And what role can be played by Australia, a close US ally whose economic future is tightly linked up with China?

Kevin Rudd was Australia’s 26th Prime Minister (2007-2010, 2013) and Foreign Minister (2010- 2012). Mr. Rudd joined the Asia Society Policy Institute in New York as its inaugural President in January 2015. From 2014–2016 he was Chair of the Independent Commission on Multilateralism, where he led a major review of the United Nations system. In 2014, Mr. Rudd was a Senior Fellow at the Harvard Kennedy School where he completed a major policy paper, U.S.–China 21: The Future of U.S.–China Relations Under Xi Jinping. 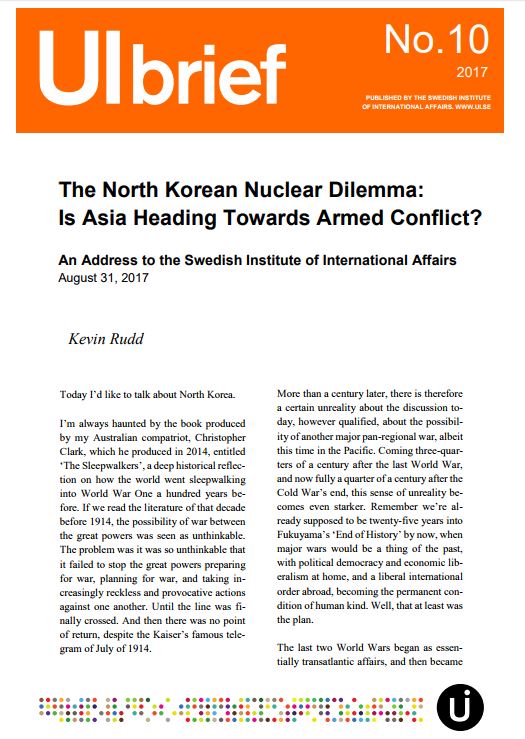