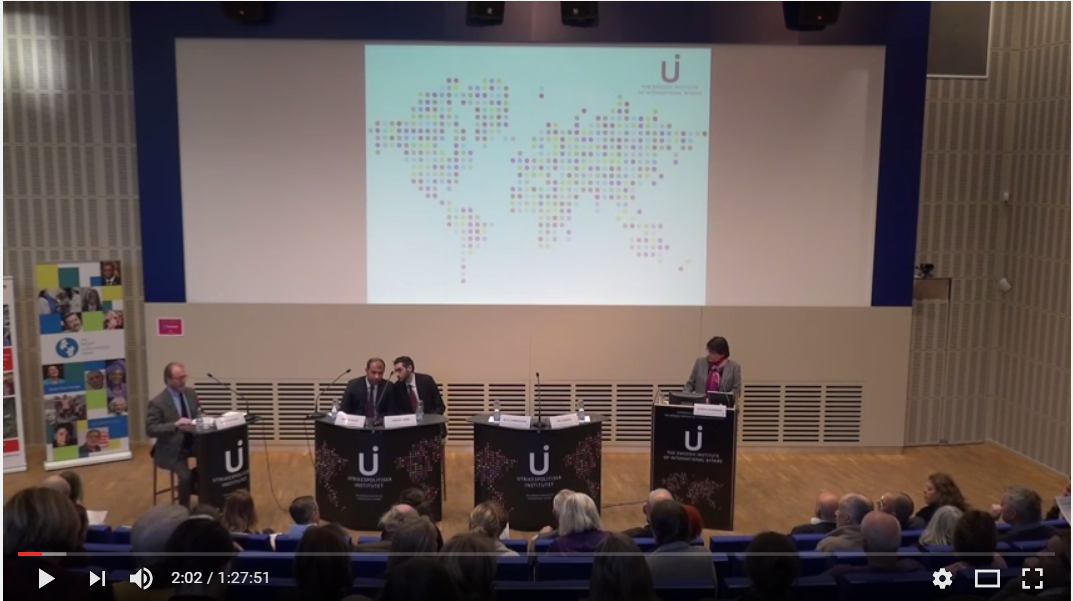 The White Helmets in the Syrian Inferno

Syria Civil Defence, also known as the White Helmets, consists of nearly 3.000 volunteers working as fire-fighters, search and rescue workers as well as medics in order to save civilians in the war-torn Syria. The group, impartial to political beliefs and religious affiliations, had as of October 2016 rescued more than 60.000 people.

By honouring their deep commitment to humanitarian action, Syria Civil Defence is receiving the 2016 Right Livelihood Award in Stockholm the day after the seminar.

The seminar will be moderated by Mats Karlsson, director at UI.