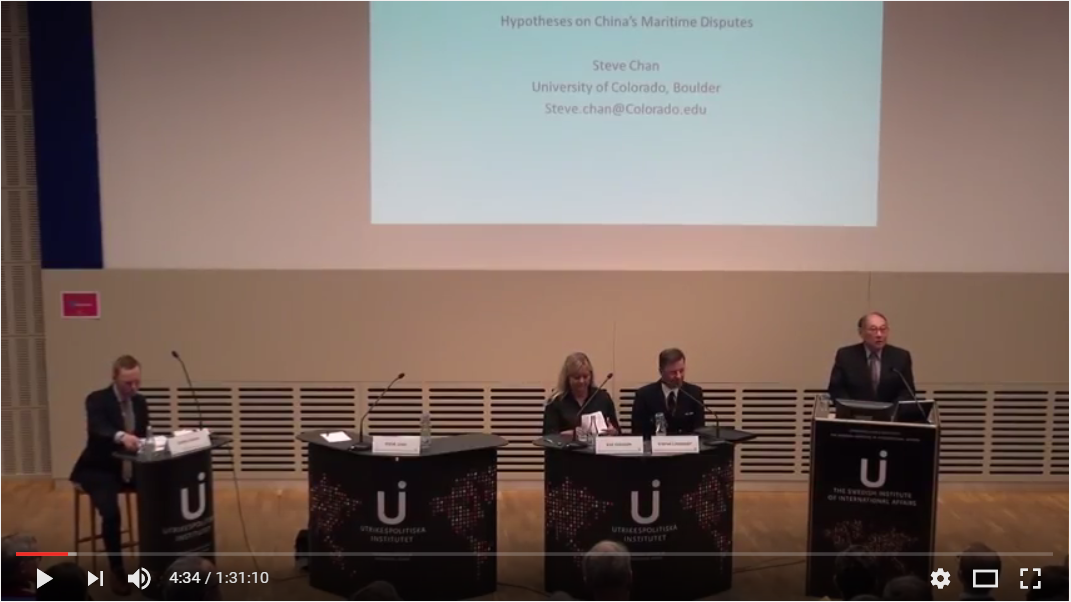 The Swedish Institute of International Affairs (UI) and the Swedish Defence University held a seminar about maritime disputes in East Asia. The East and South China Seas have in recent years been the scene of escalating disputes between China and its neighbors, including Japan, Vietnam, and the Philippines.

The tensions have led to real concerns over possible armed conflicts. Why have the weaker states decided to hold out even though their power relative to China is likely to decline further in the future? What will US President-elect Donald Trump’s Asia policy look like and how will it affect the disputes? And what to make of the Philippines’ recent “pivot” to China under President Rodrigo Duterte?

Steve Chan, Professor of Political Science at the University of Colorado

The seminar will be moderated by Björn Jerdén, Head of the Asia Programme at UI.