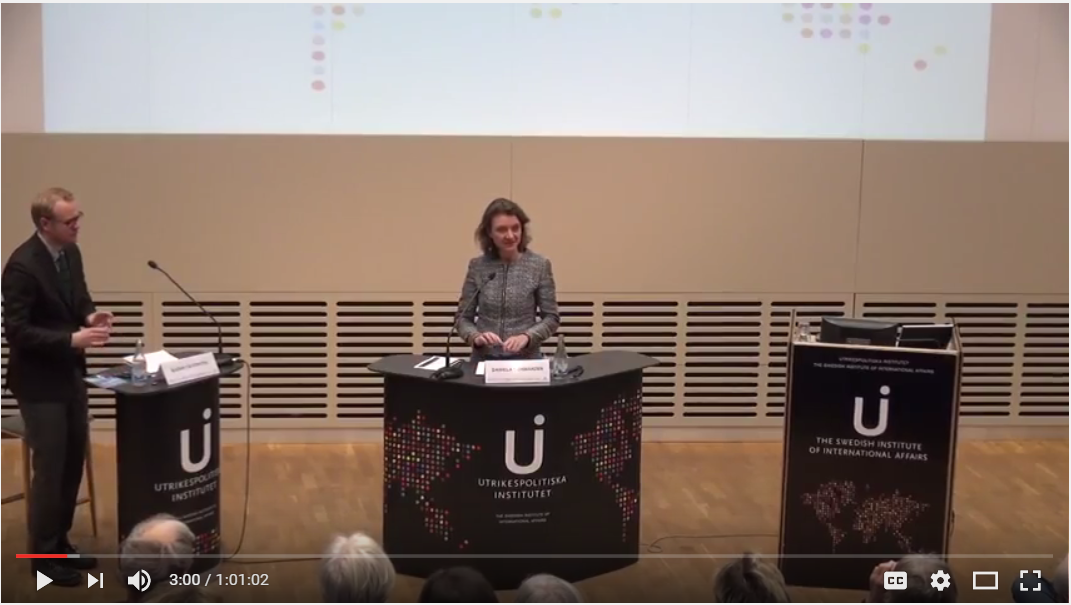 Power and European Integration - the Role of Germany

The Europe Programme at the Swedish Institute of International Affairs (UI) organized a discussion on German leadership in the EU and its role in preserving the liberal world order.

Germany increasingly stands out as the leading force in European integration, a trend that has been strengthened by the UK's ambition to leave the EU and President Elect Trump’s victory in the US election. But in what areas can Germany lead?

Can the Eurozone form the “core” of future European integration and how does this affect non-euro countries?  Or is it in the field of foreign and security policy that the union will take a step further considering the changing strategic landscape? And what partners does Germany have in its leadership role, especially in the coming year of difficult elections?

Join us for a discussion with:
Daniela Schwarzer, Otto Wolff Director of the Research Institute, German Council on Foreign Relations (DGAP).