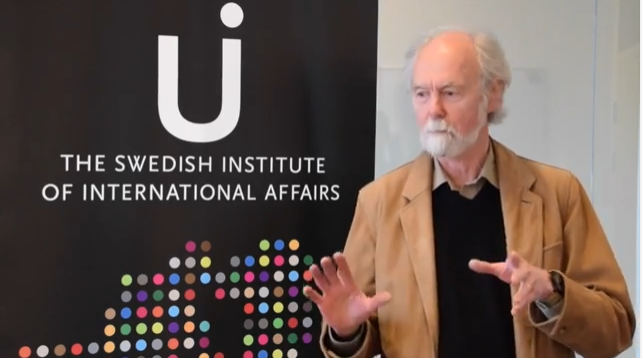 A New Approach to the “History Problem” in Northeast Asia

The issue of history is a factor of instability in Northeast Asia, especially between Japan, Korea and China. Mutual distrust is deeply rooted in memories of war and imperialism and has increasingly threatened regional order and security over the past three decades. Barry Buzan presents a new approach to dealing with this history problem by constructing a more balanced and global view of Northeast Asia’s past.

The seminar was moderated by Linus Hagström, Senior Research Fellow at UI and Professor of Political Science at the Swedish Defence University.