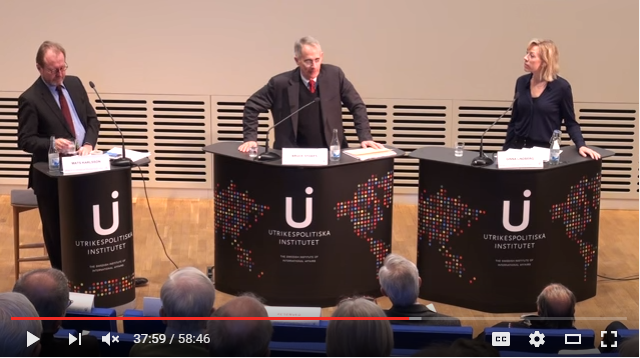 On January 15 the Swedish Institute of International Affairs arranged a discussion on the US election and possible outcomes for foreign policy.

On 8th of November 2016, the American people will vote for a new President. As the US election primaries season is about to begin, the field is open. Prominent candidates include the Democrat Hillary Clinton, a political veteran and potentially the country’s first ever female President and Donald Trump, multi-billionaire with controversial ideas on immigration, leads the Republican race at the moment.

What can we expect from the coming campaign period? What are the candidates’ foreign policy priorities and what consequences can we see for US’ relations with the rest of the world?