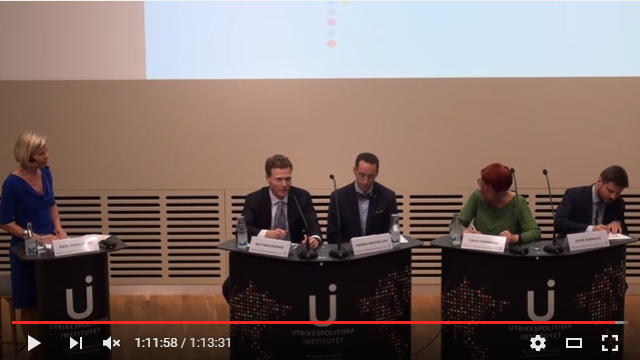 NATO and Nuclear Threats - Effects on the Baltic Sea Region

The Swedish Institute of International Affairs held a discussion on NATO and responses to nuclear threats, with a focus on the Baltic Sea region.

The issue of NATO´s response to nuclear threats has risen on the agenda lately, as the Russian assertiveness in nuclear matters has increased, not least when it comes to tactical nuclear weapons.

How can the changing security environment be assessed? How is the situation viewed in different NATO countries? What options does NATO have to respond? What are the implications for the security situation in the Baltic Sea region?