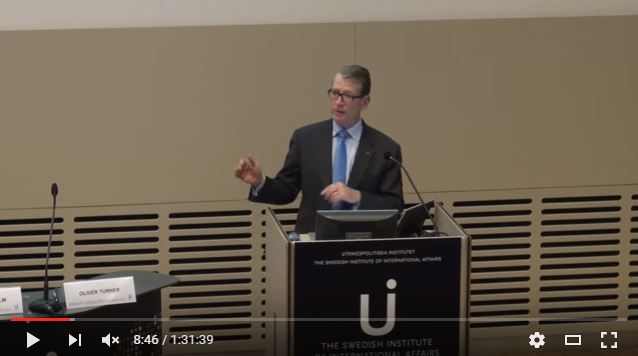 US-China relations: much in the balance

The US-China relationship - a bilateral relationship with far-reaching consequences - is defined by a paradox: while the two countries have never been so interdependent nor shared as many global interests, they are also increasingly at odds with one another on international and regional issues.

At the recent meeting between Presidents Barack Obama and Xi Jinping, cyber security was one of the main focus issues. Other topics with bilateral, regional and global significance included sustainable development, nuclear security and counterterrorism.

What are the positive and negative aspects of this complex relationship? With the US election in 2016, what are the predictions for the coming years? And how do US-China relations impact on America's future role in the Asia-Pacific?

Speaker:
Bates Gill, PhD is Chief Executive Officer of the United States Studies Centre at the University of Sydney, and former Director of the Stockholm International Peace Research Institute (SIPRI). Dr. Gill has lived and worked in China. He has authored and edited seven books and over 150 other publications.