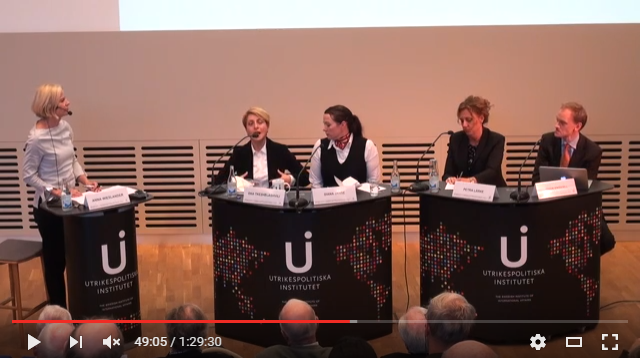 On October 13 the Swedish Institute of International Affairs (UI) organized a discussion on the current political directions pursued by Georgia, and its regional implications.

Since the Rose Revolution little more than a decade ago, Georgia’s foreign policy ambitions have been clear: membership in NATO and integration in the EU. And in 2014, Georgia signed an association agreement and a comprehensive free trade agreement with the EU.

At the same time, a changing domestic political landscape in the past years has made the future orientation of the country less predictable. In addition, there is the precarious external environment, where Russia is demonstratively opposing further expansion of NATO and the EU. Relating Georgia to the broader developments in the EU’s eastern partnership countries, particularly Moldova and Ukraine, this seminar provides a discussion with broad regional implications.