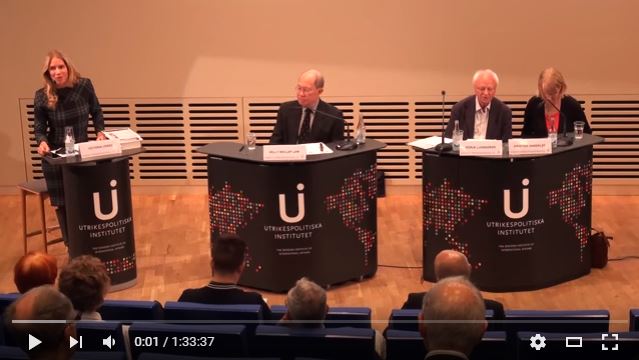 On June 11, 2015, the Swedish Institute of International Affairs (UI) arranged a China seminar. The Chinese economic growth translates into greater assertiveness of its role in the world and the country plays an ever growing part at the international level.

Since Xi Jinping came to power, China has moved from a focus on "great power” diplomacy to prioritizing "neighborhood diplomacy” and its top foreign policy priority is advancing the Silk Road Economic Belt and Maritime Silk Road - China’s vision for regional integration. What is China’s agenda for the G20, the IMF and its international trade and investment policies? Is the new China-led bank, the Asian Infrastructure Investment Bank (AIIB), the beginning of a new international financial order? What drives China’s foreign and economic policies and how is it affected by the political leadership?