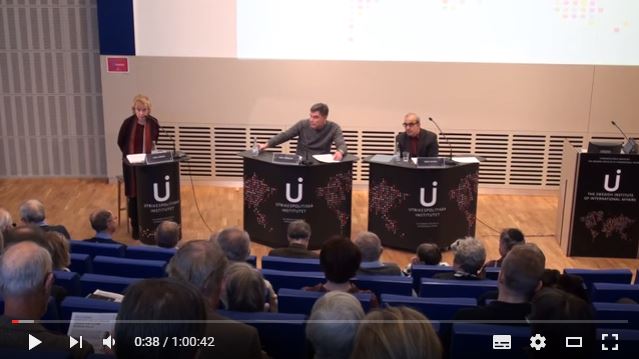 Eurasianism - an ideology that gives Russia a unique position of an Asian as much as a European country - has become an important part of Putin’s foreign policy during his third presidency.

At the same time, on the domestic scene a new generation of Russian ethnic nationalists challenges the state system and current Russian policy. How does President Putin respond to the new challenges?

Speakers:
Mark Bassin, Professor at Södertörns Högskola and affiliated with the Center for Baltic and East European Studies and the Department of the History of Ideas. He is specialized in intellectual history in East and Central Europe, primarily Russia and Germany. He is interested in issues of identity, politics and ideologies in the 19th and 20th centuries.