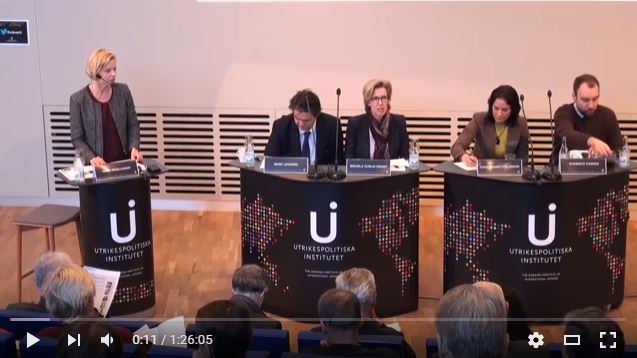 On February 11, 2015 the Swedish Institute of International Affairs (UI) organized a discussion on the trends in the development of the European foreign policies, and an assessment of the performance of the EU as a global actor, as the European Foreign Policy Scorecard 2015 was presented.

The European Foreign Policy Scorecard is published annually by the European Council of Foreign Relations. Its fifth edition summarizes the EU as a global actor in 2014, an eventful year calling for European unity on many occasions, and with new political leadership in the major European institutions.

The Scorecard aims to provide an overall evaluation of the foreign policy effectiveness of the EU during the past year. It measures both the performance of the EU on the global stage, and the level of activity of all its member states, including Sweden.

How did the EU as a whole respond to the global and regional challenges in 2014? Has the EU changed its policy course? What role did Sweden play in EU’s common foreign policy?