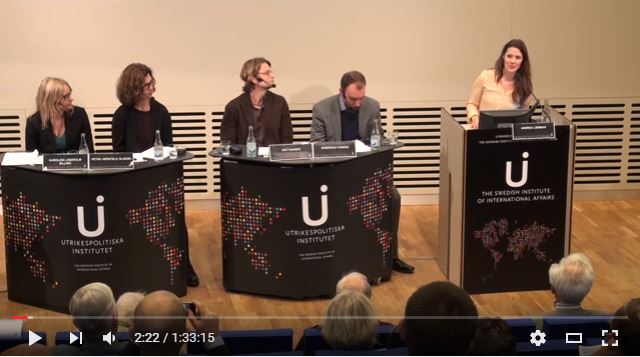 The EU's role in the world: Migration

On November 4, 2014 the Swedish Institute of International Affairs (UI) arranged a discussion on the EU’s role in the world, and about its role in international migration.

In the first half of 2014, more than 330,000 asylum applications were recorded in the industrialized countries. 82 percent of these claims were made in the 28 member states of the EU.

At the same time, the issue of intra-european migration is high on the European agenda, and xenofobic parties across Europe are gaining power. The freedom of movement, one of the core pillars of the EU, is being questioned.

What is the EU’s global role as migration recipient? How is the EU handling asylum and migration both from outside and within the EU? What role could the EU take on?