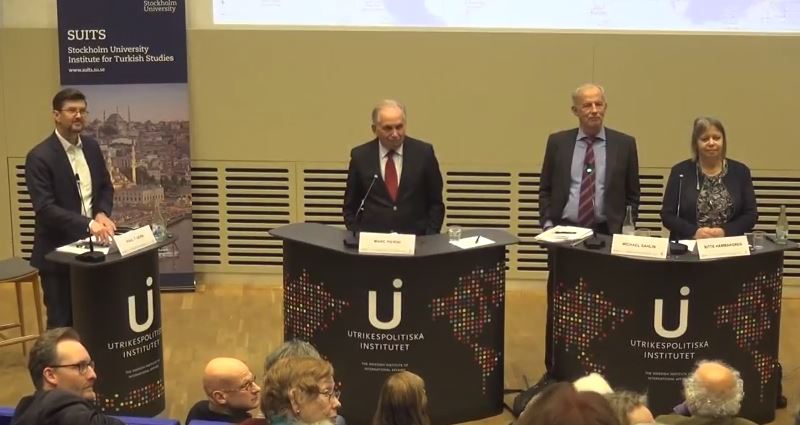 The Swedish Institute of International Affairs (UI) and the Stockholm University Institute for Turkish studies (SUITS) organised a seminar on Turkey in a shifting geopolitical environment.

Turkey’s neighbourhood is rapidly changing. Following the impending defeat of IS, the war in Syria is entering a new phase, where Turkey plays an important role in the Astana talks on de-escalation zones and in its military operation in the Idlib province.

In Iraq, the situation has grown more tense between previous allies, Baghdad and the Kurdistan region, while the threat from IS diminishes. This increases the risk for new conflict lines on Turkey’s southern border. Meanwhile Iran, a major power in the region, is expanding its influence in a geopolitical struggle against its old foe and neighbour, Saudi Arabia, which leaves Turkey on the margin.

Turkey, a NATO member, nowadays has all-time-low relations with the EU and the US, whilst relations with Russia have improved. In this volatile neighbourhood Turkey, until recently known for its failed ‘zero problems with the neighbours’ policy, now tries to redefine its regional role.

During the seminar, Turkey’s strategic priorities in the region, its ambitions in Syria and the country's future in Nato was discussed.

The seminar was moderated by Paul T Levin, Director of Stockholm University Institute for Turkish studies.