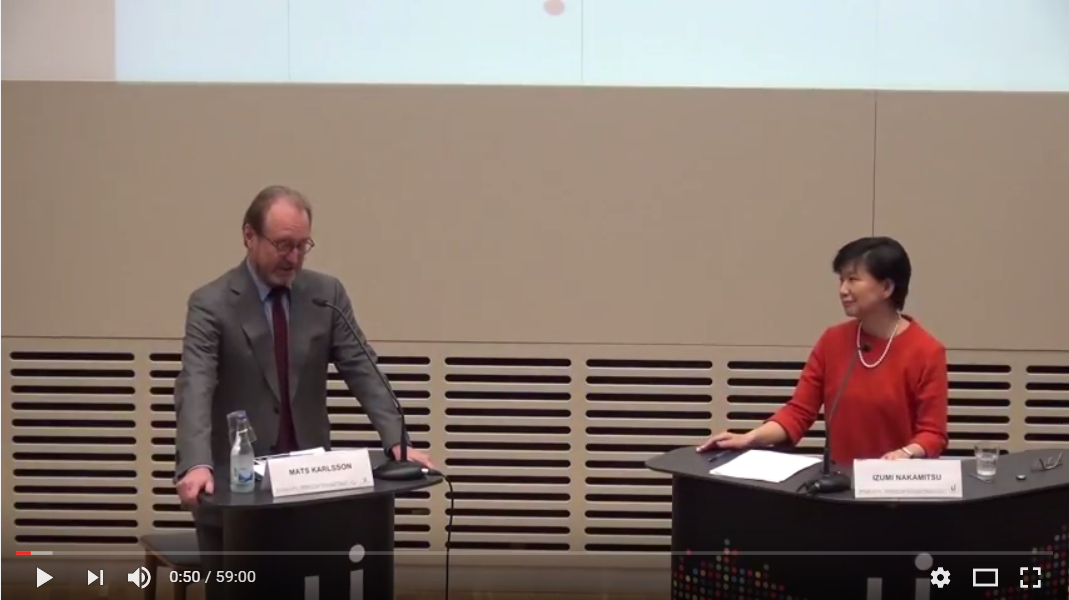 How Can We Protect Peace? Sustaining Peace in a More Complex World

The Swedish Institute of International Affairs (UI) organised a seminar on how we can protect peace.

In our time, war has ravaged Syria, Afghanistan, Yemen, South Sudan and other parts of the world. Conflicts sear Ukraine, Palestine and other regions. North Korea launches missiles and has nuclear capabilities. Will the East Asian stability last?

The world community has learned to negotiate and sustain peace in many places. Also, sources of conflict are deep, varied and complex. How should we use the capacities that the world has? How can we overcome the current challenges and achieve fair political resolutions? What are the practical priorities as seen from the United Nations Headquarters?

Izumi Nakamitsu was appointed Assistant Secretary-General of the United Nations and Assistant Administrator of the UN Development Programme (UNDP) in November 2014. She leads UNDP’s Crisis Response Unit. Ms. Nakamitsu is also currently advising the new UN Secretary-General (SG) António Guterres on matters of critical importance, such as migration. With the new SG – and with Sweden’s membership in the Security Council – our interest in what the UN can do should be be a high priority.

Mats Karlsson is Director of the Swedish Institute of International Affairs. He was previously deeply engaged in the peace-building of Sierra Leona and Liberia. He promoted the Peace-Building Commission of the United Nations and the engagement of the development community, particularly the World Bank, in peace-building.

Join us for a conversation on global conflicts, the work of the UN, and the vital importance of peacebuilding.