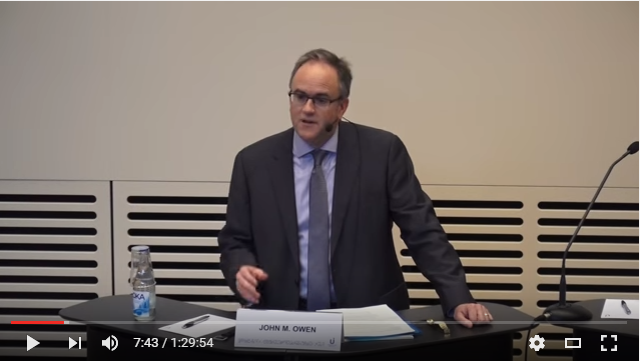 Global Power Shifts, China and the Future of Democracy

On April 26, 2016, the Swedish Institute of International Affairs (UI) arranged a discussion on China and the global future of democracy.

How will the rise of China affect the prospects for liberal democracy in East and Southeast Asia and beyond?
How do global power shifts from a liberal great power to a non-liberal one affect the global future of democracy?

This discussion had a focus on pressures on China to become a more open polity on the one hand, and on the incentives its rulers have toward the modification of its social and material environment so as to skew evolution in favor of China’s own regime on the other hand. While China one day may give in to global pressure to become a liberal democracy, by exerting more direct control over China’s environment its rulers may be able to delay that moment for longer than we think.

Comments by:
Prof. Stein Tønnesson, Research Professor at the Peace Research Institute Oslo (PRIO). In the years 2011-16 he leads a research program at the University of Uppsala on the 'East Asian Peace' since 1979. He has recently undertaken a systematic comparison of how Western scholars predict China's future.

Dr. Oliver Turner, Hallsworth Fellow in Political Economy at the University of Manchester, Associate Fellow at the Swedish Institute of International Affairs (UI).

The seminar was moderated by Dr. Nicola Nymalm, Researcher at UI’s East Asia, and Global Politics and Security Programmes.