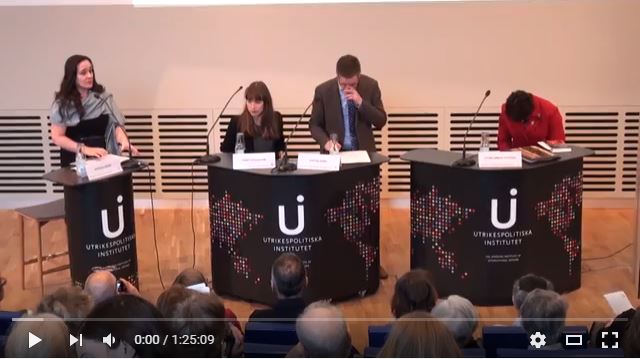 Women in Tunisia After the Arab Spring

Tunisia has ever since it gained independence in 1956 and promulgated the so-called Code of Personal Status, which advanced the rights of women in a number of areas, been seen as a relatively progressive country when it comes to women’s rights.

In the wake of the Tunisian Revolution, hopes were high for making even further headway. At the same time, some observers feared for a conservative backlash. When the new Constitution was drafted, the role of women was one of the most fiercely contested issues.

What has changed since Ben Ali’s regime was thrown out of power in 2011? What are the most important challenges for women’s rights in post-revolutionary Tunisia?

The seminar was moderated by Nathalie Besèr, freelance reporter and previously Advisor at UI.