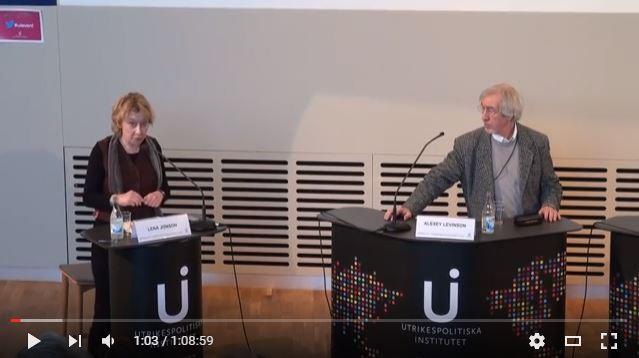 Listen to a discussion on the Russian public opinion that has undergone drastic changes during the last year. What are the major trends and contradictions with regard to the Russian self-image as well as the views on the surrounding world?

Alexey Levinson is Head of Social Research at the Levada Centre and one of the most famous Russian sociologists and Professor of Higher School of Economic Studies (Moscow) . Among his latest books are: Territory of Protest. Moscow Meetings and Civic Associations (in Russian) (Moscow: 2012); and Quatitative Methods. Field Sociological Research (in Russian), (Sankt Petersburg 2009) together with T Shanin.

The seminar was moderated by Lena Jonson, Head of the Russia Programme at the Swedish Institute of International Affairs.