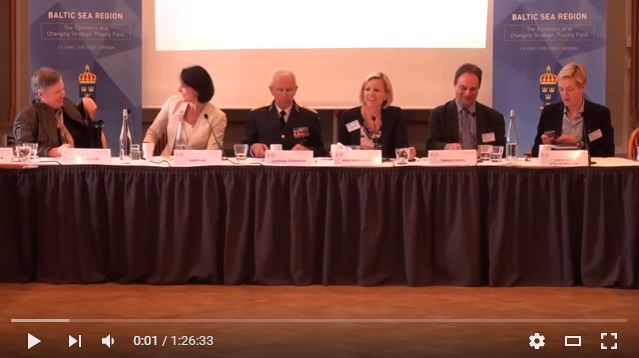 For many years after the Cold War, the Baltic Sea region was characterized by low tensions, increased cooperation, including the military field, and the sea itself was described as a new Mare Nostrum of the surrounding states and the EU. Against the backdrop of Russian action in Ukraine, this situation has drastically and rapidly changed.

The seminar "Baltic Sea Region: the Dynamics of a changing strategic playingfield" aimed to deepen the understanding of the changing strategic situation and military environment in the Baltic Sea region, as well as to assess challenges and opportunities ahead for actors that are involved in the security of the region.

This seminar was organized in Visby, Gotland on June 1-3, 2015, by the Swedish Institute of International Affairs on comission by the Swedish Armed Forces Headquarters and the United States European Command.