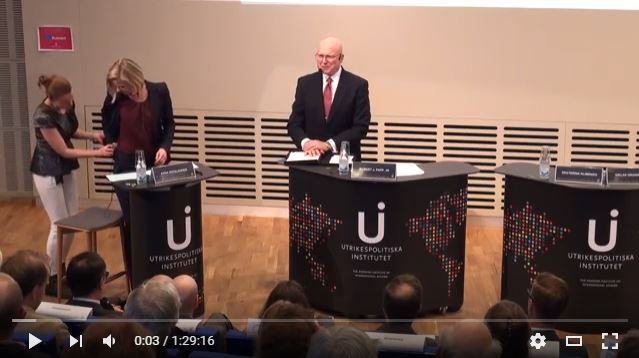 On January 16, 2015 the Swedish Institute of International Affairs (UI), in collaboration with the U.S. Embassy in Stockholm, arranged a seminar on the political, economic and environmental challenges in the Arctic region, and how these will be tackled in 2015, as the U.S. assumes chairmanship of the Arctic Council.

The potential of Transocean transport routes, increasing accessibility of natural resources, and overlapping territorial claims all contribute to the increasing interest and tension in the Arctic region. The enlargement of observer states to the Arctic Council in 2013 confirms this picture. Issues like climate change, with its great impact in the region, require a common response.

These are the prerequisites as the United States mounts chairmanship of the Council. How will the U.S. chairmanship handle these issues? What are the prospects of progress, and how will others respond?

The discussion was moderated by Anna Wieslander, Deputy Director at UI.