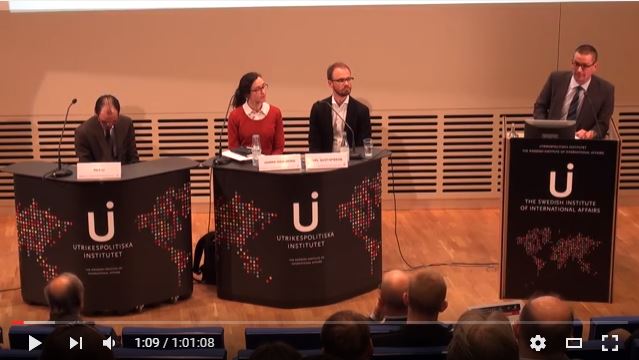 On April 24, 2015, the East Asia Program at the Swedish Institute of International Affairs and the European Institute of Japanese Studies at Stockholm School of Economics organized a seminar on the security dynamics in East Asia.

Last month, China and Japan held their first high-level security talks in four years, following recent tensions over territorial and historical issues. Given the significant role of both countries in East Asia, a deteriorating Japan-China relationship would have a detrimental impact on the security environment of the region. As Tokyo has strong security ties with the United States, a Japan-China conflict could also have unpredictable consequences for regional and global security. What are the roots of the countries’ volatile relationship and how can the political tensions be reduced?