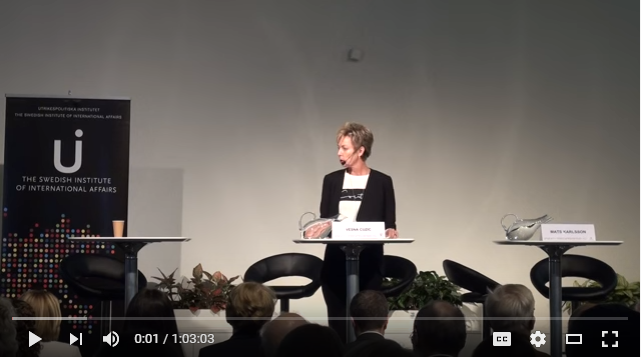 The Dayton Peace Agreement ended the war. But what kind of peace did Bosnia-Herzegovina get? The Swedish Institute of International Affairs with partners took this opportunity to highlight the 20 years of Bosnian peace and its many challenges ahead.

Topics:
The Dayton Peace Agreement. Success or failure?
How to (not) build peace. Lessons learnt?
Dealing with the legacy of war. Does time heal?
Arts and Culture. Dividing or uniting?

The conference was organised by the Swedish Institute of International Affairs in collaboration with Sida, Kvinna till Kvinna, Civil Rights Defenders, Bosnien-Hercegovinska Riksförbundet, APUNET and Cultural Heritage without Borders.