This research aims to understand the nature of popular support for Vladimir Putin’s authoritarian governance and to reveal the objective and subjective factors that shape political views and preferences of ‘ordinary Russians’ – conservative residents of small towns, suburbs, and villages – who are the main supporters of Putin’s regime. This project shows how historical legacies are employed in the state-society relations in contemporary Russia and contributes to a better understanding of the rising authoritarian populism in Russia and globally.

Authoritarian populism has been spreading across the world. Its main features are a coercive, disciplinary state, a rhetoric of national interests, populist unity between ‘the people’ and an authoritarian leader, nostalgia for ‘past glories’ and confrontations with ‘Others’ at home and/or abroad. The rise of authoritarian populism is primarily linked to the recent political events, such as Donald Trump’s election, the Brexit referendum, Erdoğan’s power grab in Turkey, and the entry of right-wing political parties into many European parliaments. Meanwhile, in Russia, a similar type of governance has existed for quite some time. This research aims to understand the nature of popular support for Vladimir Putin’s authoritarian governance and to assess the stability of the existing regime in Russia. I apply the framework of ‘naive monarchism’ – the traditional tsarist myths in ‘the benevolent tsar’ and ‘loyal peasants’. These myths were maintained by the tsar for purposes of social control, and used by peasants in their grievances to exploit divisions within officialdom and shield themselves from repressions. Naive monarchism was the backbone of Tsardom and has re-emerged in Putin’s Russia. This project shows how historical legacies are employed in the state-society relations in contemporary Russia and contributes to a better understanding of the rising authoritarian nationalist politics and ideology in Russia and globally.

Understanding the silent majority in authoritarian populism: What can we learn from popular support for Putin in the rural Russia? Mamonova, N. The Journal of
Peasant Studies, March 2019.

Vladimir Putin and the rural roots of authoritarian populism in Russia. Blogpost i Open Democracy, April 2018. 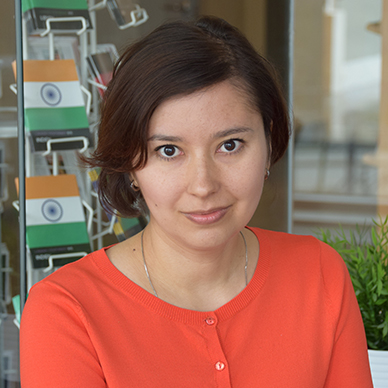 Article in Sociologia Ruralis by Anna Hajdu and Natalia Mamonova

Progressive agrarian populism and food sovereignty have recently been discussed as having the potential to erode the right‐wing populist agitation that is currently widespread in rural areas. However, these ideas are unpopular in post‐socialist Eastern Europe. This paper studies the Romanian ‘new peasant’ movement 'Eco Ruralis'.
April 2020.

Article in Sociologia Ruralis by Natalia Mamonova and Jaume Franquesa

Right‐wing populism has gained ground in Europe in recent years, with the greatest support among rural communities. Yet the European countryside remains largely overlooked in debates on the current political crisis and the ways out of it. This article aims to provide keys for understanding the connection between right‐wing populism and the rural world in Europe.
November 2019.

Article for the Agricultural and Rural Convention (ARC2020)

"The true cause of right-wing populism in Europe (and the world) is the fundamental crisis in globalised neoliberal capitalism."  Natalia Mamonova explains the causes of populism in the European countryside and shares some ideas on potential resistance and the building of alternatives to the regressive nationalist politics.

President Vladimir Putin is commonly described as a modern-day Tsar of Russia. In his public appearances, he often acts as a tsar-benefactor of ordinary Russians who does everything possible to strengthen the nation and to protect it from internal turmoil and external threats. However, do Russian people see him as a tsar? UI research fellow Natalia Mamonova answers this question by analysing popular attitudes to Putin and his tsarist behaviour.