Technical standard setting might at first appear to be a consensual search for the technically most appropriate solution. However, as a geopolitical logic today is challenging the commercial logic of liberal globalization within several fields of international affairs, standard setting is today a crucial arena for commercial, normative and geopolitical conflict. The capacity to influence standard organisations and set standards is thus a tool of power in itself, however largely overlooked.

Within the overarching research theme of Geopolitics of standards, The Swedish Institute of International Affairs (UI) will analyse the power of standard setting and the implications that follow.

The analysis will be modular and based on several projects with different goals and partners:

Chinese standard power
This project aims to enhance the knowledge and awareness around China’s increasing involvement in international standardisation. The project is led by Björn Fägersten (UI) with Teknikföretagen and SIS as partners. Tim Rühlig (UI) serves as the project researcher. Within the scope of the project, a number of activities are planned in order to highlight and analyse this development. The project has four overall objectives:

• To produce a study on China’s standard power and its importance for Europe in terms of risks and opportunities, which will be made available to a Swedish and international audience.

• To inspire an in-depth national conversation on the theme, by arranging a round table discussion at the Swedish Institute of International Affairs (UI) with central Swedish actors.

• Conduct an international workshop in Stockholm that highlights the theme from a European perspective.

• Ensure a general increase in knowledge and awareness around an increasingly important but obscured area.

Europe and geo-economic strategy
How is Europe affected by the fact that areas of international affairs that previously was functioning according to a logic of liberal globalization increasingly is viewed as areas of geopolitical competition? In this project Björn Fägersten looks at the parallel logics of globalization and geopolitics and how Europe’s actorness is manifested in areas of overlapping logic, with standards being one example.

Standardization in the digital age: the case of 5G
While the world’s attention has been mostly on the risk of a US-Chinese trade war, the even more important dimension of rising geopolitical tensions is the new technology competition over the new generation of wireless internet, better known as 5G. What puts 5G at the center of the technology confrontation is 5G’s revolutionary capacity transforming all spheres of public life from transport through health care, electricity network to the internet of things. Having identified these great potentials, both the US and China prioritize the development of 5G and consider it a major battleground in its rising geopolitical tensions. Defining the technical standards of 5G and its applications carries far-reaching implications because standards are essentially the “recipe” of our modern technology.

This project is carried out by Tim Rühlig (UI) and aims to offer a new take on the rising tensions around 5G by focusing on technical standardization. The main research question of this project is: What are the conceptual implications of our understanding of power and the challenges arising from the technology confrontation over 5G between the US and China for the EU and how does the EU position itself to it in general and in the field of technical standardization in particular?

This project takes into account economic, security and normative implications ranging from issues such as data privacy to cyber security and the role of technical standards.

Proceedings from Conference on the Geopolitics of Standards held at UI, 26 April 2019

The South China Morning Post: Huawei’s troubles have exposed the US-China tech war. How prepared is Europe to defend its interests? 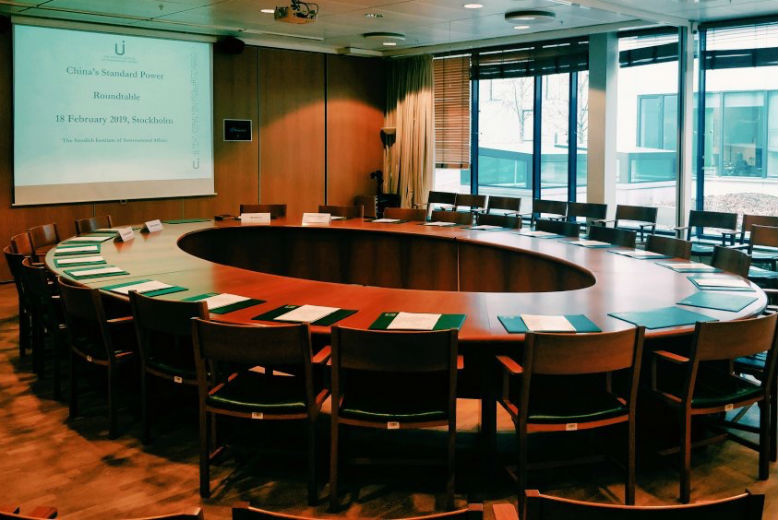 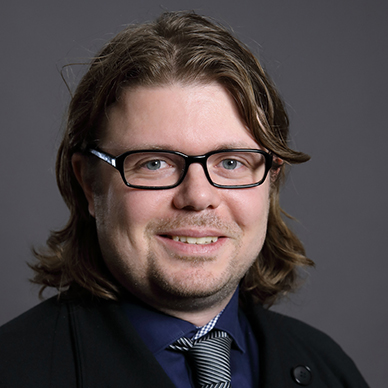 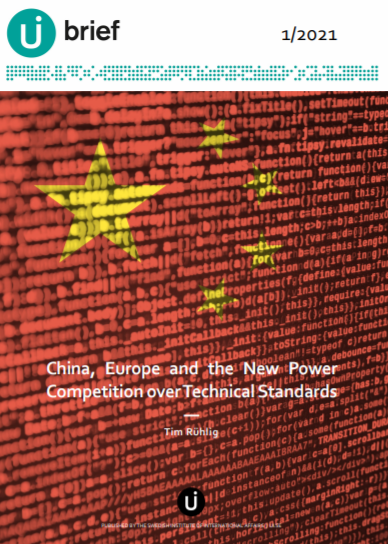 China, Europe and the New Power Competition over Technical Standards

This UI Brief explores how technical standardization is a source of economic, legal, political and discursive power in international relations, and summarizes China’s increasing standardization power. It includes a discussion of the implications for the EU, outlines various scenarios and makes policy recommendations for Europe. 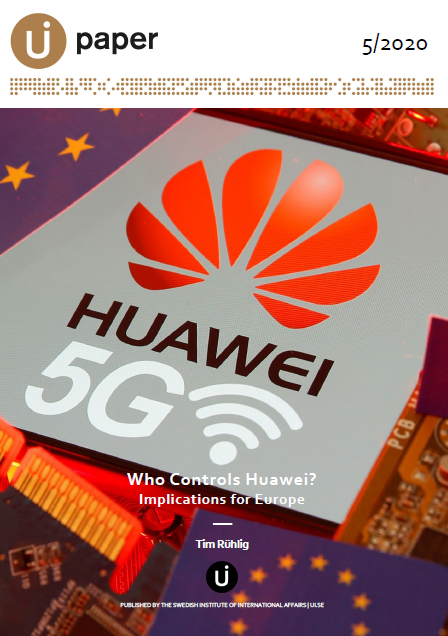 Who Controls Huawei? Implications for Europe

Is Huawei a company independent from China's authoritarian regime that we can trust and allow to buildout Europe's new mobile infrastructure, better known as 5G? This paper demonstrates how the Chinese Communist Party can control Huawei and analyses how the EU and the UK react. 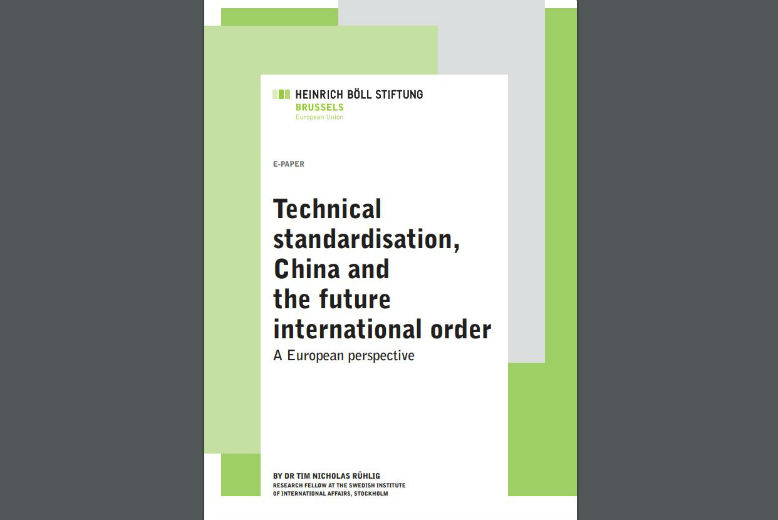 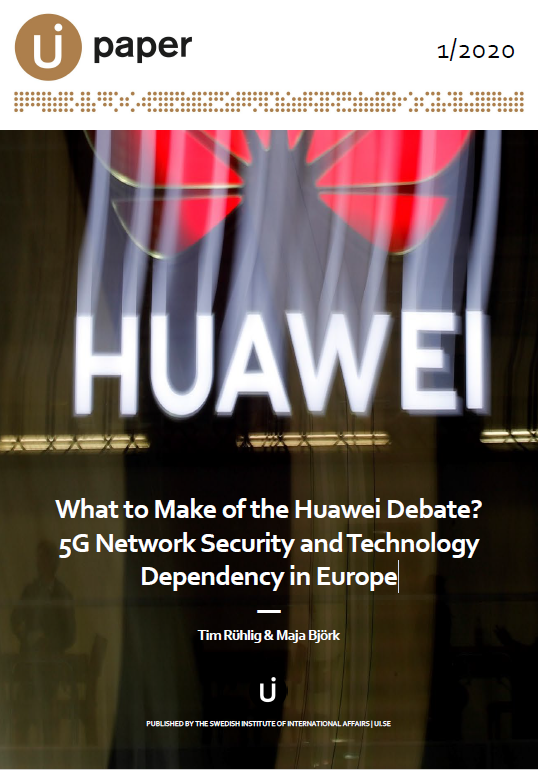 What to Make of the Huawei Debate? 5G Network Security and Technology Dependency in Europe

Should Chinese tech giant Huawei be allowed to participate in the build-out of Europe’s mobile critical infrastructure, better known as 5G? This paper engages with this controversial question asking whether excluding Huawei is effective and what alternatives are available. 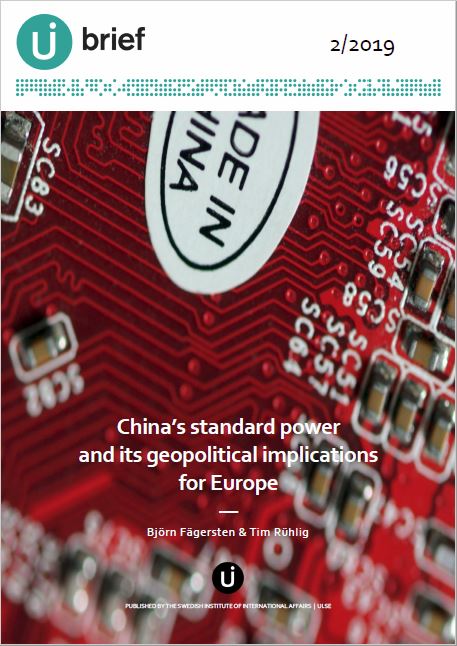 China’s standard power and its geopolitical implications for Europe

Technical standardization is turning into a crucial area of geopolitical conflict between China and the West. This carries far-reaching implications, not least for the EU, in terms of security, economics and global technological norms.