Fred & konflikt. As Iran has been implementing its part of the international nuclear deal, endorsed by the UN Security Council, it is the United States that is isolated, argues Hans Blix, former Director General of the IAEA and former Swedish Foreign Minister. He joins an increasing number of commentators who think that US concerns expressed about Iran's alleged nuclear weapons intentions may – as before the US invasion of Iraq in 2003 – be more a selling point than a real worry. What is to be sold by the US this time is not war, but rather a wish to deny Iran a boost in economic development and political power that could come from sanction lifting, he continues.

For years, Iran's extensive nuclear energy program raised international suspicions about possible weapons intentions and Iran was subjected to increasing isolation and economic sanctions. Through long negotiations between Iran, EU and great powers, notably the United States, the Joint Comprehensive Plan of Action (JCPOA) was worked out designed to enable Iran to build confidence in the exclusively peaceful nature of the programme and to lead to the lifting of sanctions.

It was greeted with relief and applause by practically the whole world and in its unanimous resolution of 20 July 2015, the Security Council endorsed the Plan, affirmed that full implementation would contribute to international peace and security and stressed that UN members were obligated under Art. 25 of the Charter to accept and carry out the decision.

Two years later, to the consternation of nearly all governments, the Trump administration seems hell-bent to do what it can to wreck the plan. As Iran has been implementing its part of the programme in good faith and feels the support of the world community it is now the US that is isolated.

A first question asked is why this US about face? The suggestion that the Trump administration is driven by an urge to destroy achievements of the previous – Obama – administration is plausible but can only be a minor part of an explanation. The criticism that Iran might abide by the plan for ten years and then turn to weapons is strained. Both under the Plan and under the Non Proliferation Treaty Iran has assumed unending legal commitments not to acquire nuclear weapons. Moreover, there is nothing to suggest that only legal shackles hold the country back. The IAEA has never come across evidence of any diversion of nuclear material towards a nuclear weapons programme. And who knows what the world will look like ten years from now? Perhaps the US will seek Iran as an ally in 2027?

Today, the many US critics of the JCPOA are faced with the difficulty that Iran seems to respect and fulfil its obligations under the plan. They claim instead that Iran is ignoring the 'spirit' of the plan, that Iran is linked to terrorist activities and that it should limit its missile development program. Others rightly comment that the US is free to pursue such matters – but they are outside the legal commitments of the plan and must not be allowed to derail the plan.

Perhaps one should add that Iran might have a stronger basis for complaints in light of the US government’s efforts to thwart good faith implementation of the sanctions lifting promised in the Plan and decreed by the Security Council.

Criticism about Iranian interventionism, like the support for Houthi forces in Yemen and terrorist activities need to be made more specific. Does the conduct differ from outside assistance to armed groups in the East and South of Iran or from Arab, US or Turkish interventions in Syria through support for various groups fighting the government in Syria? Or from somebody introducing the computer virus 'Stuxnet' into Iranian centrifuges for the enrichment of uranium, making large numbers inoperable? Or the shocking murders of a number of Iranian nuclear experts?

I join the increasing number of commentators who think that US concerns expressed about nuclear weapons intentions may – as before the invasion of Iraq in 2003 – be more a selling point than a real worry. What is to be sold this time is not war, perhaps not even a desired but implausible toppling of a defiant theocratic regime. Rather, the motivation is likely to be found in a wish to deny Iran a boost in economic development and political power that could come from sanction lifting. There is little doubt that US friends in Israel and some Arab states worry about such development more than about alleged nuclear weapon intentions or Iranian military capacities growing from present modest levels. There is also little doubt that the US ambition to retard Iran is underpinned by the influence of Israel's Prime Minister Benyamin Netanyahu and his supporters in the US.

A second question concerns the consequences that might flow from US breaches of decisions that the Security Council adopted with US support.

One would be a damage  to the credibility of the US as a party to agreements or UN decisions that are legally binding. Would North Korea dare to take any actions or make any commitments in return for commitments offered by the current US administration, perhaps in a UN framework?

Another damage would be to the authority and credibility of the potential that President Trump recently saw – apart from reform needs – in the United Nations. The US remains the world's lone military superpower, but in an increasingly multipolar world it will be increasingly important for the US to work and operate as a reliable partner in the circle of the five states whose votes are needed for action by the Security Council.

A third damage would be done to US-European relations. The lone US exit from the Paris climate pactand the exit from a nearly ready EU-US free trade area agreement caused unwelcome rifts in relations.

A US go it alone from what had been attained with Iran through long and close cooperation with European partners would further widen the splitwith Europe. The same would be true if attempts were made to use items that might be discussed outside the nuclear deal, such as conventional missile development, for back door introduction of new economic sanctions.

The article is originally written for ELN (European Leadership Network). Republished by Utrikesmagasinet with the consent of the author. 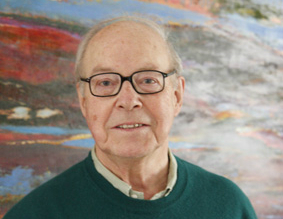 Column. It is possible that the Trump administration's signal of readiness to tolerate A

More on Iran – in Swedish