Column. It is possible that the Trump administration's signal of readiness to tolerate Assad encouraged the Syrian government to barge ahead for more military gain and to use gas against its own citizens. It also seems likely that a significant motive of Trump's cruise missile attack against an airbase in Syria lay in US domestic politics. But the proper action after the gas attack would have been for the Security Council to order investigation under the UN Charter, concludes Hans Blix, former foreign minister of Sweden and former UN weapon inspector in Iraq.

On balance it seems probable that the attack with gas was undertaken by the Syrian government air force, but one would have wished an impartial UN group to establish this and to answer the question whether sarin – and not only chlorine – was used.

The government side could have been motivated by a wish to finish off resistance fast and come closer to control of most of Syria. The government could also have calculated that a gas attack would make it harder for other parties – including the US – to sit down with it under UN auspices to talk about ceasefire and peace arrangements. The continued absence of such talks would allow it to just move on militarily to victory, leaving the fight against ISIS to other actors.

It is possible that the Trump administration's signal of readiness to tolerate Assad encouraged the Syrian government to barge ahead for more military gain.

Although the factual circumstances known so far do not point to the rebels as arranging the gas action, they could have had a motive to 'arrange' a gas attack, pinning the guilt on Assad. The Trump administration had made it known that it was no longer categorically opposed to a development that would preserve a role for Assad. The rebels dominated by Al Qaeda  must have wanted to reverse this new US course and drive the US to active military engagement against the government, for instance by establishing 'protected zones'.

It seems likely that a significant motive of the US cruise missile attack lay in US domestic politics. It was intended to show Trump as a President who acts, while Obama is described as doing nothing after the gas attack outside Damascus in 2013. The line might sell. The prompt and measured punitive action will satisfy many who rightly feel indignant about the use of gas.

A majority in the US may support the view that the US must be ready to shoulder the role of prosecutor, judge and executor in the world. Proceedings and action can then be pressed into few days while going through UN procedures might take long and perhaps lead nowhere.

The public may perhaps also swallow the contention that Obama did nothing after the gas use in 2013 and that this damaged the credibility of the US. The criticism is common but unfair. Obama was reluctant but ready – even without UN authorization – to 'punish' the Syrian government for using chemical weapons and thereby crossing a 'red line' he had drawn. Let me list several good reasons why he refrained from punitive bombing:

Moreover, it is not correct to say that Obama did nothing. The removal of chemical weapons from Syria was achieved in a remarkable UN/OPCW action engineered by the US with Russia. In the midst of a civil war large quantities of chemical weapons were surrendered and later destroyed. It was a great achievement even though it is possible that some stocks were not declared and could now (2017) have been used.

There are other downsides than those implied above in the recent US cruise missile action:

Does the world at large accept Uncle Sam as a world sheriff, quickly judging evidence and acting when it deems fit? We might remember that after the Al Qaeda attacks on the US embassies in Nairobi and Dar Es Salaam in 1998 the Clinton administration ordered retaliatory missile attacks on an alleged Al Qaeda training sites in Afghanistan and an allegedly Al Qaeda linked pharmaceutical factory in Sudan. It turned out that intelligence on the factory was wrong. The US later paid some compensation (but no apology) for the damage caused. Quick punishment may be popular but may ignore basic requirements of due process and justice.

An action declared to have the purpose only of punishing the use of chemical weapons looks cynical, like saying to the belligerents: Go on and fight the war as you like, but keep it clean!

Further, a government that takes upon itself to punish the use of gas but reserves to itself the freedom to use nuclear weapons risks looking hypocritical.

So, what should have been the action after the recent use of gas in Syria? The proper procedure under the UN Charter – that the US was instrumental in creating – would have been for the Security Council to order investigation and action. I am glad that Sweden clearly expressed that view in the Security Council on 7 April 2017. Russia and perhaps China might have made difficulties but with a little patience there might have been agreement as there was after the use of gas in 2013. To be sure, the UN is far from an effective governmental regime for the world, but the Charter prohibits the threat and use of force between members and these basic rules as well as the standing of the Council are further undermined when a great power ignores them and acts on its own.

What now? There is a risk that the US will feel pressed to follow up with further military action against the Syrian government rather than joining in the UN sponsored peace talks. The risks in such US follow up would be great. The war could go into a new phase and there could be direct confrontations between the US and Russia.

It is possible that the Trump administration felt the missile attack in Syria had an additional merit, namely, as a warning to the DPRK (North Korea): if you do not give in and denuclearize, we might take military action... In the last few days, the US has increased its threat against North Korea by sending more naval forces to the region. The threat is not likely to work. North Korea’s leadership might conclude that their nuclear weapons are becoming ever more indispensable. For the North Korean problem as for the Syrian war the main answers now lie in more diplomacy and discussions rather than in more missiles. 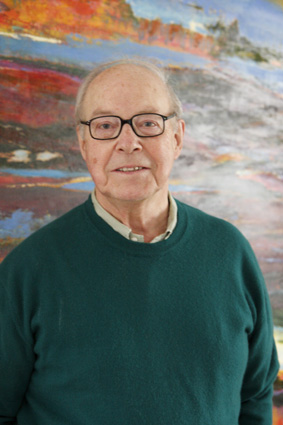