Analysis. Volodymyr Zelensky’s landslide victory in the second round of Ukraine’s presidential race is a demonstration of the staying power of the famously rebellious spirit of this East Slavic nation. Fiercely competitive free and fair elections resulting in an orderly departure of the defeated incumbent president have thrown into sharp relief – yet again – the striking difference between Ukraine’s and Russia’s political cultures, writes UI Fellow Igor Torbakov.

By supporting Volodymyr Zelensky, a popular comedian who is a political novice without any experience in governance, with 73 percent of the vote, Ukrainians made a bold leap into the unknown. It would seem, though, that their choice is not completely irrational. By resolutely opting for uncertainty over relative stability, the overwhelming majority of the voters have demonstrated their utter disgust with the country’s rapacious and corrupt post-Soviet elites.

There seems to be a consensus among Ukrainian and international commentators that the “Zelensky phenomenon” is a classic example of protest voting – a specific form of mass protest when people are so hell-bent on ousting the powers-that-be that they appear to be much less caring about potential consequences. Ukrainian voters are so distrustful of the politicians who belong to the old political class, so eager to punish them at the ballot box and so much yearning for change that they seem ready to put on the line both their own lives and the fate of the country. Such a form of mass protest is somewhat akin to a revolutionary action: it is not for nothing that the leading Ukrainian sociologist Evhen Holovakha has characterized the election outcome as an “electoral Maidan.” 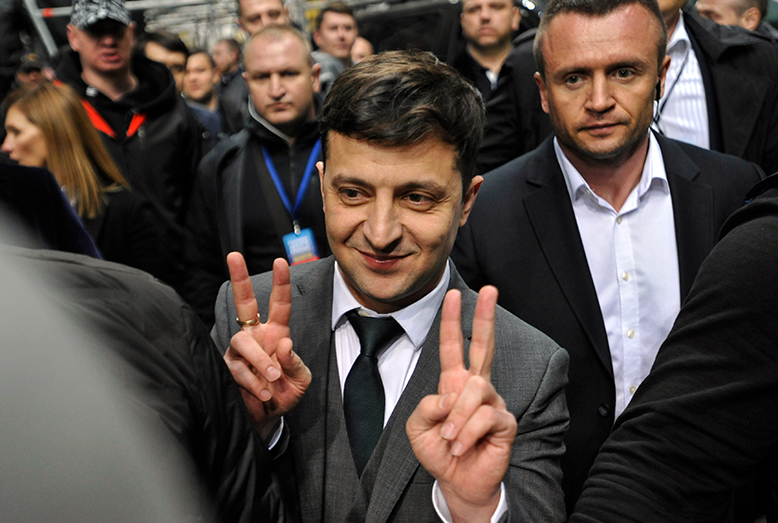 What the Zelensky presidency will actually look like is anyone’s guess. The winner cast himself as a “Servant of the People” taking advantage of the popularity of his eponymous TV show. His political program is extremely vague: the president-elect simply promised to regularly consult the Ukrainian people before taking decisions in all important matters of domestic politics and foreign policy.

One thing is clear, though. At the moment, Zelensky’s political capital appears to be impressive but he should make no mistake: the support he currently enjoys is just a flip side of the Ukrainians’ frustration with establishment politicians. Astute analysts warn that Zelensky has probably no more than a year to prove his worth as a reformer before his popularity starts going south. In the midst of the current euphoria, Ukraine’s newly elected president could do worse than reflect on his compatriots’ political habits. Ukrainians rarely miss a chance to challenge the political establishment: either by voting or by more forceful means. After all, over the last 15 years, Ukrainians took to the streets twice – in 2004 and in 2013-14 – staging mass protests that eventually led to the transfer of power.

No matter how chaotic the Ukrainian version of democracy seems to be, it stands in stark contrast to what the late Harvard historian Edward Keenan famously termed the “Muscovite political folkways.” It would be too facile, of course, to argue that Russians are inherently authoritarian and Ukrainians are freedom-loving. Every national culture contains various, and oftentimes contradictory, strands. Yet it is difficult to run against the grain of historical legacies. 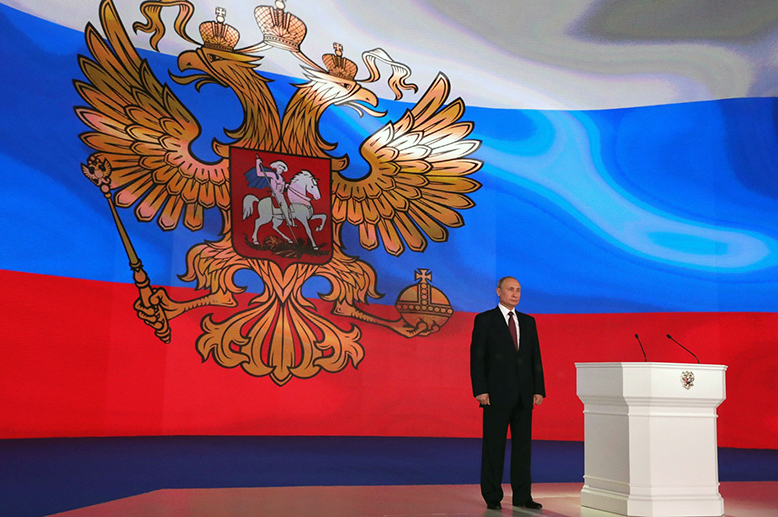 Since its early years as the Tsardom of Muscovy, Russia has been building a strong autocratic imperial state that could also act as a great power in the international arena. Russian autocratic rule was closely associated with the state’s imperial nature because no land empire, where the distinction between the “center” and the “colonial peripheries” is blurred, can embark on even the most moderate democratization in the central provinces without running a risk of destabilizing the entire imperial polity across the board.

There were only two periods in Russia’s history when its autocratic rule completely collapsed: the Time of Troubles (Smuta) in the early 17th century and the 1917 Revolution followed by civil war. Both upheavals have been etched in Russian collective memory as sheer catastrophes replete with chaos, social dislocation, and massive human losses. The turbulent early 1990s ushered in by the Soviet Union’s breakup were generally viewed in Russia as the advent of the third smuta: the times of lawlessness, mass poverty, and increasing secessionist movements in the outlying regions—all due to the extreme weakening of the central government. It should come as no great surprise that under Putin, Russia’s memory politics sought to contrast the chaos brought about by the revolutionary upheaval (be it in 1917 or in 1991) with the “order” and “stability” secured and protected by the strong and centralized state.

The situation in Ukraine seems to be very different. The political system and state-like entities that the Ukrainians had been trying to build before their lands were absorbed into the Russian imperial polity differed markedly from the Russian Empire’s autocratic structure and traditions, which have been mostly state-centered throughout Russia’s history. For significant numbers of the national-minded Ukrainians, the glory of the (national) state and the authoritarian system of government were not necessarily interdependent notions, as they were for most Russians. In other words, unlike the Russians, the Ukrainians did not develop what some political scientists call “nondemocratic hegemonic national identity.” 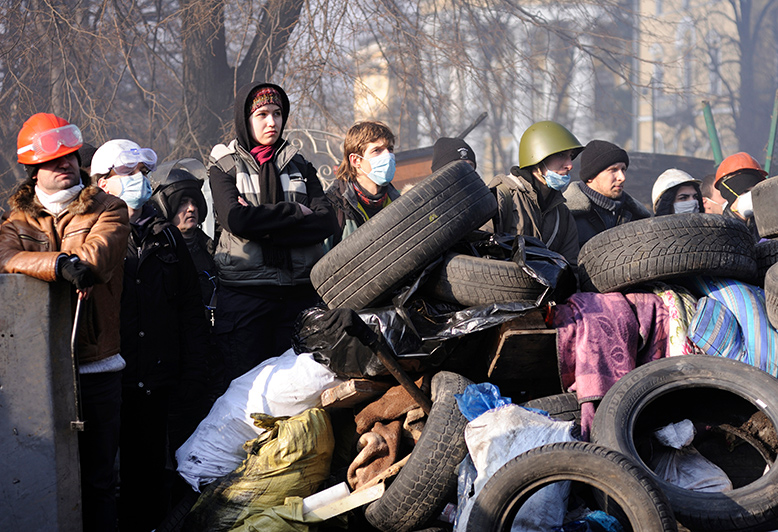 Importantly, the Ukrainians also have a different attitude toward revolutions. This is of course not to say that they hold dear the myth of the Bolshevik revolution any more than the Russians do. Yet, the Ukrainian national narrative is all about the struggle for national liberation. Therefore, the heroics and romantic aura of a national revolution, driven by a historically conditioned combination of social and national factors, clearly strikes a chord with millions of Ukrainians.

Some commentators have even suggested that it would not hurt if the Ukrainians’ rebelliousness was counterbalanced by a healthy dose of conservatism. As the prominent early-20th century Ukrainian political thinker Viacheslav Lypynsky once sadly remarked in a letter to a friend, “The trouble is not that we have revolutionaries. The trouble is that we have only revolutionaries.”

This rebellious spirit, the capacity for societal self-organization, and the readiness to rise up against oppressive power seem to substantiate the main contention of Ukraine’s ex-president Leonid Kuchma’s otherwise lackluster memoir Ukraine Is Not Russia.

Igor Torbakov
Senior Fellow at Uppsala University and at the Swedish Institute of International Affairs in Stockholm, Sweden.

Russia and Turkey: Similar yet opposite

Analysis. Since the collapse of Soviet Union in 1991, Ukraine’s political leaders have wor

Analysis. More than a quarter century after the collapse of the Soviet Union, there is sti

Historical Revisionism in Russia and Turkey

Analysis. Like his counterpart in Russia, Turkish President Recep Tayyip Erdogan is lookin

Analysis. In his quest for historical legitimation, President Vladimir Putin has focused o