Analysis. In many EU countries democracy and the rule of law is under pressure. Governments accumulate more power and limit the independence of the courts and the freedom of the media. The book Hotet mot rättsstaten i Europa addresses the worrying developments in Hungary and Poland. Luca Karafiath, intern at the UI, writes that it is clear that the reforms after the fall of Communism, failed to consolidate a democratic political culture after four decades of totalitarian rule.

Looking at recent trends in Central Europe, one cannot help but notice the apparent convergence of practices and narratives used by the governments of Poland and Hungary in their shared quest to undo the achievements of nearly three decades of democratic development. Almost as if Hungary’s Viktor Orbán and Poland’s Jarosław Kaczyński were learning from the same handbook on “How to dismantle the checks and balances of a democratic system”. If this was the case indeed, they would certainly deserve to be considered as eminent students of authoritarian practices, being meticulous and determined when it gets to step-by-step undermining democratic institutions from the judiciary to independent media.

Accordingly, one of the primary objectives of the authors of the book Hoten mot rättsstaten i Europa (Premiss, 2017) was to unveil this parallelism between the political changes in Poland and Hungary, while at the same time providing a contextual framework for understanding the rule of law principle. The process of anti-democratization in these countries is analyzed through the lens of legal scholars consequently placing legal reforms in the center of the discussion. While looking at concrete legislative measures might seem reductionist at the first sight, having a closer look at a country’s legal norms can be crucial for grasping its political culture and dominant social norms, which make this collection of essays relevant beyond the legal realm as well. 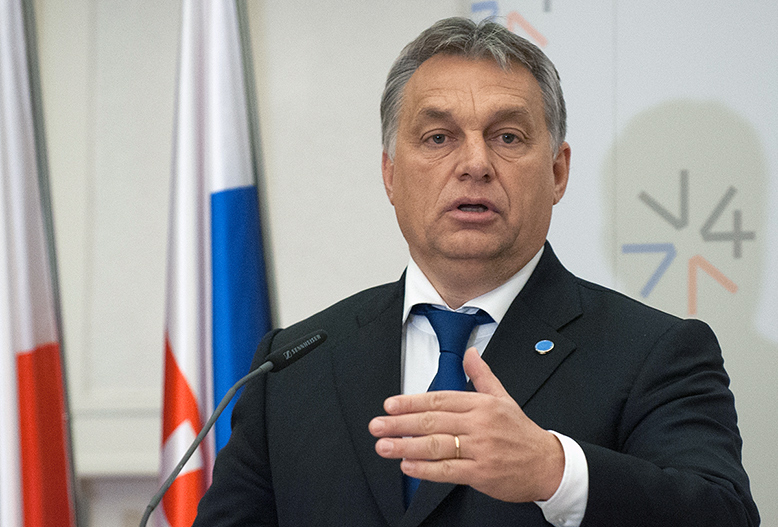 The story of illiberalism

As the authors of the two chapters dedicated to the events in Poland and Hungary – Ewa Łętowska and Petra Bárd respectively – explain, everything started with the electoral victory of the incumbent governments. After winning the elections, both Orbán and Kaczyński immediately set out to create the proper conditions for the consolidation of their power through rewriting the fundamental rules of liberal democracies. The core idea of their anti-democratic agenda was to efficiently neutralize all forms of internal resistance, starting with the highest level of institutional control, the Constitutional Court, followed by the broadly understood justice system.

In the case of Hungary, the two-thirds majority secured by Orbán’s Fidesz party in the 2010 parliamentary elections enabled them to amend the Constitution itself, a rare legal opportunity they did not hesitate to turn into a political advantage. By abusing of the so-called cardinal acts – a set of high-ranking legal norms that can only be altered by two-thirds majority – they enacted laws that further cement their power position, such as the law on granting citizenship to Hungarian minorities living across the borders. Playing the minority card was a jaw-droppingly populistic but extremely successful move, allowing them to substantially widen their voter base by securing the loyalty of the overwhelming part of these groups.

Meanwhile they were rewriting the Constitution in accordance with their political interests, the powers of supervisory bodies – i.e. the Courts – had to be curtailed. This was done by decreasing the age of retirement for the judges from 70 to 62 years, which in practice meant instantly getting rid of 27 percent of those in office. Not surprisingly, the gap was quickly filled with judges whose loyalty to the regime was unquestionable. As this case also demonstrates, the consolidation of an informal power structure based on personal loyalties is a major characteristic of the kind of political culture Viktor Orbán intends to build in Hungary. 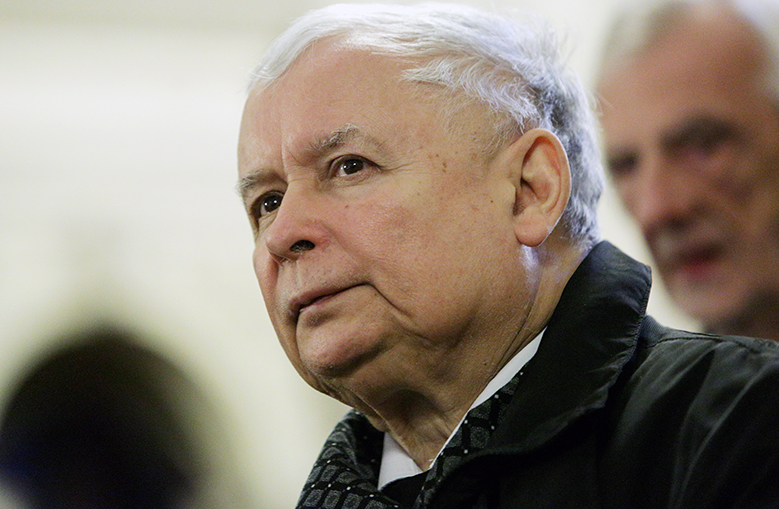 Following a similar pattern, Kaczyński and his Law and Justice (PiS) party also made the war on the Constitutional Court an essential part of their program. The important distinction was that PiS – as opposed to Fidesz – didn’t have an absolute majority in the Parliament, so they had to come up with an alternative solution to circumvent the otherwise fixed legal boundaries of their political power. They solved this inconvenience by simply flipping the concept of democracy upside-down, and legitimizing their flagrant attempts to concentrate power as a necessary means to better represent the “people’s will”. As this logic dictates, anything that halts the party’s mission to serve the public interest is by definition anti-democratic, be it opposition parties, journalists or law itself. The prevalence of informal over institutionalized power is even more accentuated in the case of Poland, since Kaczyński is running this show from outside of the official state apparatus.

In order to convince people of the validity of such dubious concepts, an aggressive government propaganda campaign was needed. Silencing dissident voices was key to conceal the signs of self-interested political machination, therefore independent media has become the second major enemy of the system. The eradication of pluralistic media went by the book in both Poland and Hungary based on the take-over of the public broadcaster, followed by a systematic liquidation of independent media outlets usually through government-related purchases. 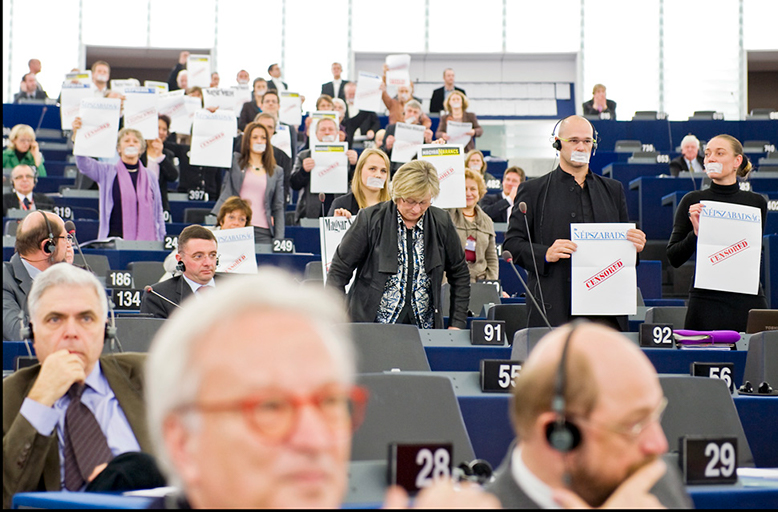 MEP:s rise a protest against Hungarian media law in the European Parliament during the speech of the Prime Minister Viktor Orbán in january 2011. Photo: EU/EP/Pietro Naj-Oleari

After they cleared the market from competitors, they had to make sure that their voice was heard. The Hungarian public service television (MTVA) has been turned into a 24-hours news channel echoing the government’s lines day and night. The favorite news items of the renewed tv-channel were illegal migration always immediately followed by news on terrorist activities in Europe, and of course the indispensable element of “informing” about no. 1. public enemy George Soros’ most recent plotting against the nation.

While the Polish state media focused more on discrediting the judges of the Constitutional Court through a personal smear campaign, the underlying logic of using public media as a tool to enhance one’s own political agenda was a common feature in both countries. They also shared the conviction that inaccurate information or even outright fabrications are means justified by the ultimate goal to convey the “right” messages. The long-term ramifications of spreading this authoritarian understanding of information might be the single most damaging effect of the Orban-Kaczyński duo’s government policies.

When legal-institutional checks are turned off, and independent media is knocked out, civil organizations remain the last guarantors of a democratic society. In Hungary, the fight against NGO:s also has to be placed in the overarching context of the government’s witch-hunt for Soros. Forcing civil organizations that receive a larger amount of external funding to register as foreign agents reflects the government’s fear that Soros would use his NGO network to overrun the country. The enactment of a law that practically hinders the operation of the Central European University (CEU) in Budapest was intended to be the final blow against the loathed philanthropist.

While stepping up against a powerhouse of critical thinking and intellectual spirit seems to be a pragmatic step in any anti-democratic project, there is another, highly personal dimension to this. The prestigious university founded by Soros symbolizes everything Orban is fighting against, from liberal values through intellectual elitism to Western democratic principles. 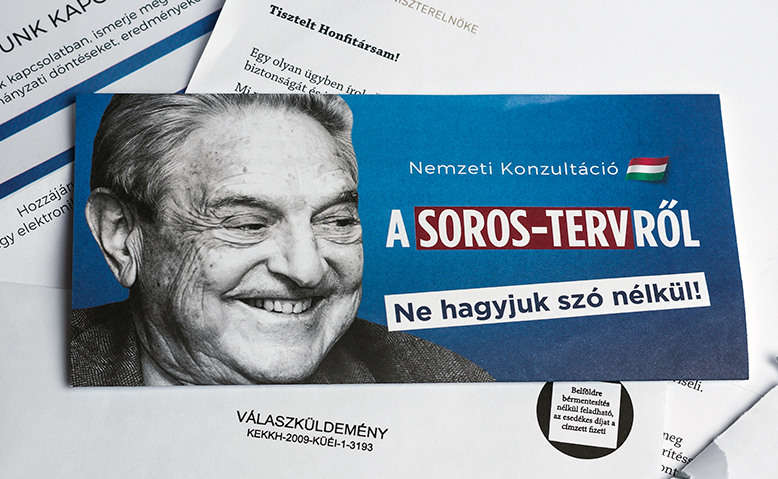 Letter from the Hungarian Government asks the citizens to make a decision on the so-called Soros Plan on migration. Photo: Shutterstock

For sure, ringing the alarm about external threats works perfectly to divert attention from what is in effect the systematic dismantling of institutional and societal checks and balances orchestrated by the regime. The meticulous execution of such democratic deconstruction requires an insider’s knowledge, as it is duly demonstrated in the cases such as the meddling with the cardinal acts in Hungary’s new Constitution or the conscious propaganda campaigns tailored to exploit the specific vulnerabilities of their target groups. The authoritarian shift in Hungary and Poland was the result of an internal hacking led by the political elite, turning the inherent weaknesses of the system against its own democratic foundations.

How did we get here?

Quite reasonably, in her chapter on Hungary Bárd asks the same question that has been long hunting many of those familiar with the post-transition history of Hungarian politics: How did we get here? For Hungary started as a regional pioneer of democratization after the fall of Communism, with József Antall’s first democratically elected government composed of liberal pro-European intellectuals and Orbán’s deeply moving public speech about freedom and democracy at the reburial of 1956 revolutionary leader Imre Nagy.

The authors of the book provide some hints as to what might have led to the hijacking of Hungary’s and Poland’s democratic aspirations. Amongst the internal factors mentioned, some are cultural, such as the self-victimizing identity of Poland or the widespread passivity and sense of powerlessness characteristic to all post-communist societies, while others are related to the nature of the transition process and the lack of reckoning with the past.

However, most emphasized of all is the immense disappointment with the promises of political transition into democracy, partially a result of the severe underestimation of the task. This is where the responsibility of external actors comes into the picture, since the necessary efforts and engagement to carry out a wholescale system-change were lacking both domestically and on behalf of the international community. The failure of the EU to implement efficient follow-up mechanisms to supervise the proper fulfillment of accession criteria in new Member States is considered as one of the major deficiencies of the integration process.

Both Western and Central European elites fell prey to the overwhelming euphoria of the era, naively believing that legislative and economic reforms would suffice to consolidate a democratic political culture after half-a-century of totalitarian rule. Such a severe miscalculation explains the failure of the mission to a large extent, since democracy is not an electoral system, neither does it reside in certain paragraphs of the Constitution. It is an idea that needs to be genuinely internalized and constantly reassured by a continued commitment of all levels of society, with the active support of the international community.

As the book suggest, European legal scholars and politicians have an important supportive role by providing a clear definition of the rule of law principle and by reconfirming its inextricable relationship to democracy. This clarification is of utmost importance in times when the concept of democracy is being arbitrarily misinterpreted and forcefully alienated from its original meaning by populist politicians. 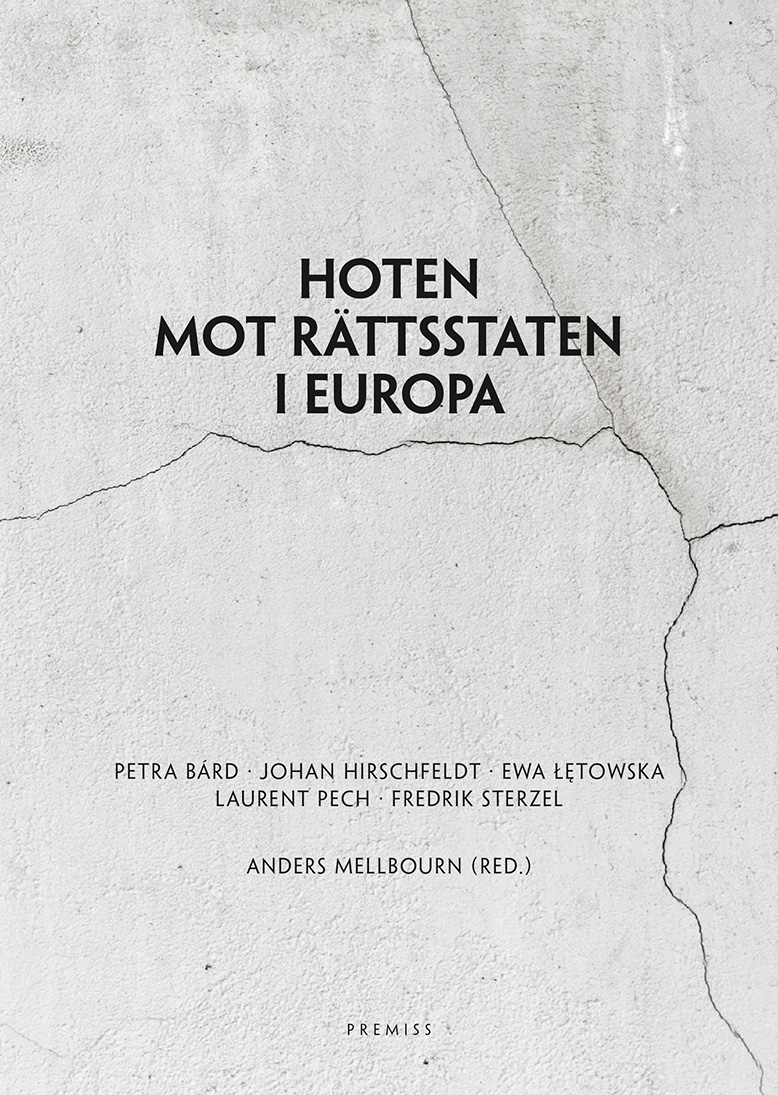