Analysis. Looking at ecological and economic realities, time has come for demanding a new Enlightenment, one that fits our time and circumstances. The current development model – in particular the economy – was designed in the empty world, with a population between 1 and 2 billion people. Today the world is full, with a population soon to be 8 billion. We have to change our thinking, our religions and our economic doctrines to avoid a collapse of the ecosystem and the global economy. This is the conclusion in a new report, Come On!, written by Ernst von Weizsäcker and Anders Wijkman, co-presidents of the Club of Rome. Below is a slightly edited extract from the book.

The new report Come On!, co-authored by the two of us and with contributions from more than 30 members of the Club of Rome, is prepared for the Club’s 50th Anniversary this year. It is a follow-up of the Club of Rome’s landmark report The Limits to Growth, that was published in 1972 and sold more than thirty million copies.

The Limits report remains a cornerstone of the Club’s philosophy. But new challenges must be addressed such as climate change, irresponsible financial markets, the digital economy and other disruptive technology trends, an increasingly skewed distribution of income and wealth and the crisis of democracy. In addition we have to question the viability of the ‘Sustainable Development Goals’. Not the goals in themselves. They are worthy. Rather whether they can be attained, based on today’s policies and thinking. In our assessment the environment goals risk being crushed by conventional growth policies.

The Club of Rome was always conscious of the philosophical roots of human history. Among the valuable scripts are Kenneth Boulding’s The Meaning of the Twentieth Century saying (in short) that the meaning is the stewardship of Spaceship Earth. His book was labelled one of the five ‘prescient classics that first made sustainability a public issue’[1].

But then many thinkers saw that the stewardship was difficult under the conditions of the full world[2]. That became the chief message of the Club of Rome during its early years, written down in The Limits to Growth.[3] Humans cannot become successful stewards of Spaceship Earth with development ideals, scientific models and value sets that were shaped at a time of the empty world, when the bounty of natural resources on this Earth seemed endless, i.e. during the time when the European Enlightenment unfolded and the Americas looked like places where settlers and entrepreneurs could endlessly find new space. 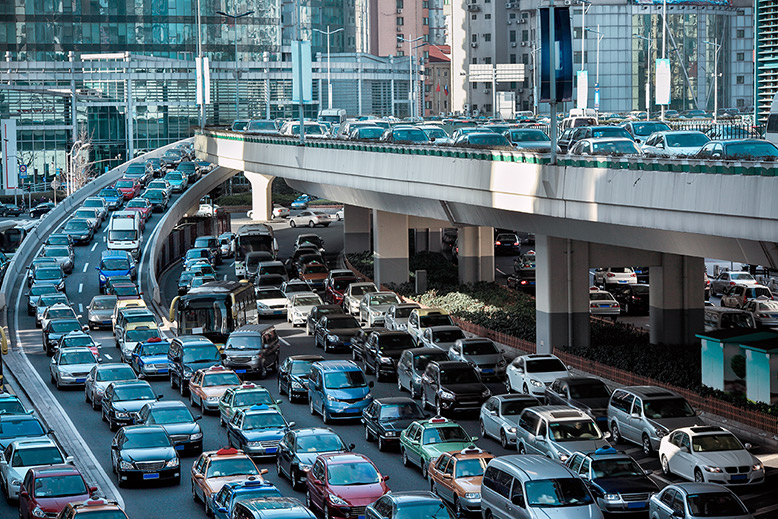 Today, actually since the mid 20th Century, humanity lives in a full world. The limits are tangible, palpable in almost everything people do. And yet, 45 years after the Limits to Growth became a public issue, the world still tracks along the ‘standard run’ of the 1972 Limits model, representing the business as usual development stemming from the empty world. Recent studies[4] actually support the Limits’ predictive relevance. A new term illustrating the limits phenomenon is that of the planetary boundaries[5].

When Limits was published, many people, notably in the political domain, feared that the message would be that humanity had to give up on prosperity and agreeable life styles. But that was never the idea of the Club of Rome. Our main concern was the growing footprint of mankind and that economic activity has to assume radically different forms.

Why it is so hard to change the old trends? Well, changing trends depend on changing minds. That was the experience of the European Enlightenment. That courageous process took roughly two centuries, the 17th and 18th Centuries, and served as a great liberation from authoritarian rules and narratives defined by the Crown and the Church. The Enlightened transformation was successful because it championed human reasoning and rational change through the application of the scientific method. The Enlightenment established the ideals of individual freedom, economic growth and technological innovation that had barely existed previously in European society. The concepts of democracy and the separation of powers brought political influence to many more men (hardly women) or their elected representatives. And innovators, entrepreneurs and merchants were allowed to flourish and to become a new ‘aristocracy’, this time legitimated by their own work, not by royal families. The Enlightenment was experienced by most people in Europe as an extremely welcome development.

There were dark sides, too. European colonialism with all its arrogance and cruelty found almost no critique among the intellectuals of the Enlightenment. The misery of the working classes and impoverished peasants, to say nothing of the colonized indigenous peoples all over the world was hardly noticed in bourgeois circles. No comprehension was visible of the equivalent value of women and men. And unrestrained growth was seen as completely legitimate.

History continues. Global population rose from one billion in the 18th Century to some 7.6 billion today. In parallel, per capita consumption of energy, water, space and minerals were also growing. This twin development catapulted us into the ‘full world’. Looking at ecological and economic realities, the time has come for demanding some kind of new Enlightenment, one that fits the full world. Growth may no longer be automatically related to living better lives, but can actually be detrimental. This simple but fundamental difference between the 18th and the 21st Centuries is changing our assessment and valuation of technologies, incentives, and rules governing all of society’s values, habits, regulations and institutions.

Economic theory therefore has to be updated, so as to adapt to the conditions of the full world. It is insufficient to incorporate environmental and social concerns by translating them into monetary expressions of capital. Nor is it sufficient to simply refer to various forms of pollution and ecosystem decline as ‘externalities’ – the notion being that what is at stake is some marginal disturbance. Humanity’s transition into a full world also has to change the attitudes, priorities and incentive systems of all civilizations on this small planet. Students are teached about the production of solar energy in Jammu and Kashmir, India. Photo: Rahul Ramachandram/Shutterstock

Luckily, some (rare) historical evidence confirms that in mature stages of development, human happiness can improve and be maintained while the consumption of energy, water or minerals stays stable or is even reduced. Economic growth and technological progress can be accompanied, if not accelerated by an increase of elegance and efficiency of resource use, possibly in a ‘cradle to cradle’ manner[6]. For example, from the 18th Century candles to the LED, the output of light per input of energy has risen roughly a hundred million-fold[7], allowing much more lighting convenience at much less energy consumption even in the full world.

At this moment in time, however, nearly all the trends of resource consumption, climate change, biodiversity losses and soil degradation reflect the inadequacy and misdirection of public policies, business strategies and the underlying social values. At a more basic level, these prevailing trends also reflect the inadequacy of the system of education. The cumulative implications of these trends are forcing us to dramatically change the direction of progress and to work hard on the creation of the new Enlightenment. That new Enlightenment should reinvigorate the spirit of inquiry and bold visioning, and a kind of humanism that is not in a primitive manner anthropocentric but allows also for compassion for other living beings, while incorporating far more attention to the long-term future.

Yet, this book Come On! is hard stuff. It will not be easy to digest. Politically, it is very uncomfortable. It both requires and represents fresh and original thought and approaches. It should be seen as an invitation to readers and discussants to “come on”, and to join on a fascinating journey of developing and testing new approaches of making the full world a sustainable and prospering one.

Ernst von Weizsäcker
Professor. Co-President of the Club of Rome since 2012. Former member of the German Bundestag, chairing the Committees on Globalization and the Environment.

Anders Wijkman
Author. Co-president of the Club of Rome, chairman of Climate-KIC, chairman of the Swedish Association of Recycling Industries Come On! is a follow-up to the Club of Rome’s landmark report The Limits to Growth, that was published in 1972. Come on! with the subtitle Capitalism, Short-termism, Population and the Destruction of the Planet has three parts:

1. Present trends are not sustainable. They will render the Full World dangerously vulnerable.

2. Our economic growth paradigm must be overhauled. We are in need of a New Enlightenment for the Full World.
Balance stands at the core of the New Enlightenment. Balance between humans and nature, between short and long term, between market forces and the rule setting state, between private consumption and public goods, between justice and rewards for excellence, between speed and stability.

3. But we have to urgently act now! These chapters are full of optimism, showing a great number of technologies and different ways to organise things that could be done within the present system and would move the world towards sustainability. We suggest policy measures aiming at bringing the positive examples into the mainstream. One basic rule is to tax the consumption of scarce natural goods and to lower tax on labour. Also some novel considerations are offered for global governance and how to rein in financial markets.

Come On! is published by Springer, primarily as an E-book but offers print on demand as well. More information about the book on The Club of Rome website.