Should you have questions, please get in touch by emailing info@ui.se. 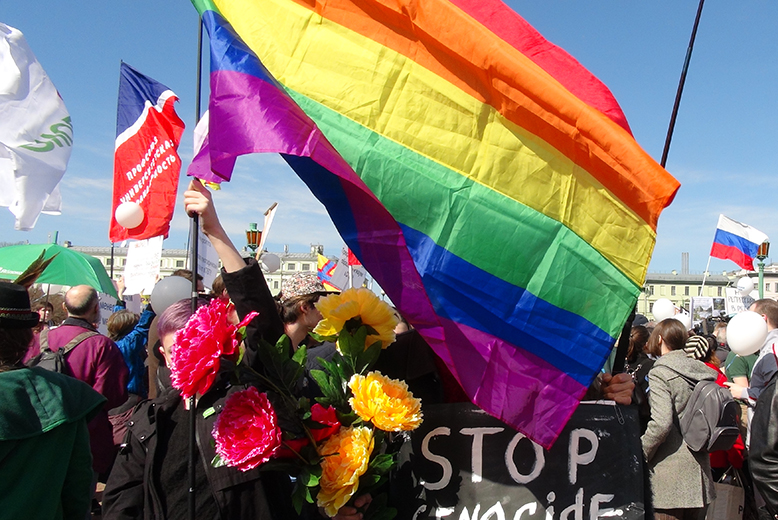 In this article Emil Edenborg, Research Fellow at the Swedish Institute of International Affairs (UI), discusses the role of visibility (and invisibility) in relation to current constructions of gender, sexuality and nationalism.

In the last decade, the Russian state has increasingly turned to “traditional values” – stressing the need to revive heteronormative family relations and essentialist notions of gender – as an ideology of regime legitimation, national unification and foreign policy identity.

Drawing on a case study of the “traditional values” project promoted by the Kremlin, he shows that visibility politics, i.e. practices which aim to create and manage public visibility, is not only something that marginalized groups engage in, but central to efforts to (re)define what the community is and whom it includes, including those pursued by states.

Therefore, he argues, the politics of visibility provides a lens to understand how LGBT organizations and other oppositional actors seek to create attention in an increasingly authoritarian climate, but also how the Russian nation itself is constructed in gendered and sexualized ways.

Read the article in full here.