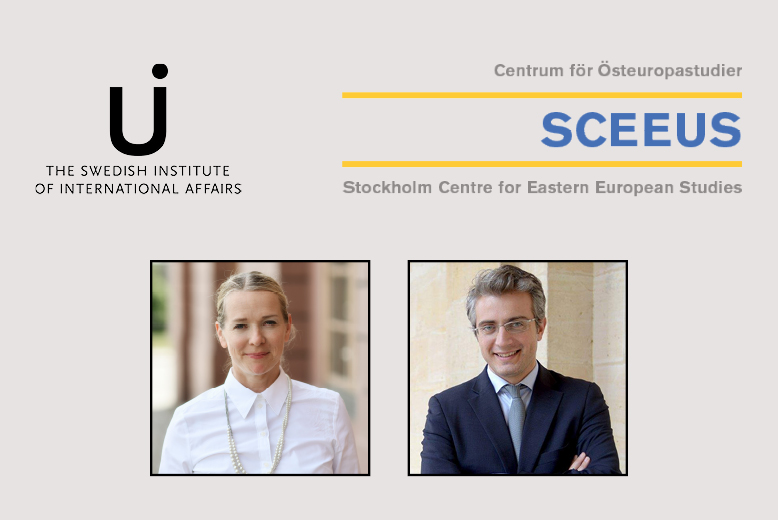 The Stockholm Centre for Eastern European Studies (SCEEUS) at the Swedish Institute of International Affairs (UI) invited to a discussion on Georgia and the breakaway regions of Abkhazia and Tskhinvali/South Ossetia.

After 30 years of regained independence, Georgia still struggles to regain control over its internationally recognized territory. The Georgian breakaway regions of Abkhazia and the Tskhinvali region/South Ossetia are de facto occupied by Russia, albeit Russia denies involvement in the conflicts. What can be done to restore Georgia’s territorial integrity? What weaknesses has the current conflict resolution design? How is Georgia’s relationship with Russia?

Speaker:
Diana Janse, Senior Fellow at the Stockholm Free World Forum. Sweden's ambassador to Georgia, 2010-2014. Janse is the author of the SCEEUS Report on Human Rights and Security No 7 - Georgia and the Russian Aggression.

Discussant:
Thornike Gordadze, Senior Fellow for Statecraft and Influence Networks, the International Institute for Strategic Studies. Gordadze was also Professor at the Paris Institute of Political Studies – Sciences Po. From July 2010 to October 2012, he served as Georgia’s State Minister for European and Euro-Atlantic Integration, and was the chief negotiator on the EU–Georgia Association Agreement, and Deep and Comprehensive Free Trade Area negotiations

The webinar was moderated by John Zachau, analyst at the Stockholm Centre for Eastern European Studies (SCEEUS). SCEEUS Reports on Human Rights and Security in Eastern Europe No.7

Georgia and the Russian Aggression