Russia in the Middle East

Russia is no newcomer to the Middle East but the influence of Moscow in the region is growing. As Russia's appetite for influence rises, so do the risks.

Russia has returned to the Middle East. In 2019, Moscow has more or less won the war in Syria, is selling arms to Algeria and Egypt, and has teamed up with Saudi Arabia to put its thumb on the scale of global oil prices. Russia works closely with both Iran and Turkey, and maintains good relations with nations as disparate as Israel, the United Arab Emirates and Qatar.

The seminar covered Moscow’s regional role through Soviet times to the present day. Which key interests are driving Kremlin’s engagement with the region and how can we expect Russia’s role in the Middle East to develop in the future?

The seminar was moderated by Martin Kragh, Head of the Russia and Eurasia Programme at UI. 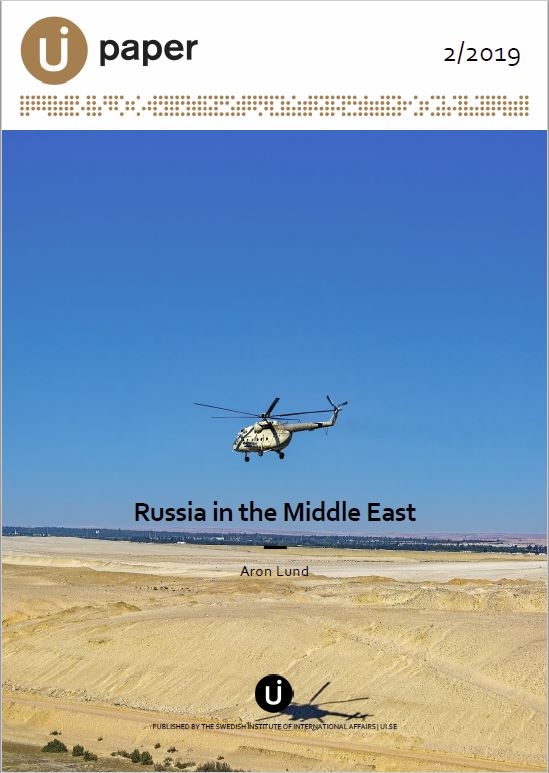 Russia in the Middle East

This UI Paper traces Moscow’s role in the Middle East and North Africa through Soviet times to the present day. The author Aron Lund seeks to shed light on what drives the Kremlin’s engagement with the region, how local actors respond to Russian policy and the role Russia is carving out for itself in the Middle East.