The latest Alexei Navalny exposé about President Vladimir Putin’s supposed seaside “palace” is remarkable in more ways than one. To be sure, the two-hour film seen by tens of millions of Russians within several days of its release is above all a story of monumental corruption and monumentally bad taste. Yet it is also a story of the Kremlin leader’s peculiar political mindset and warped historical imagination, writes historian Igor Torbakov.

The political regime forged by Vladimir Putin over his 20 year-long reign is often described as an “autocratic rule with the consent of the governed.” Unlike other, more traditional authoritarian regimes such as absolute monarchies or military dictatorships, Putin’s rule relies neither on the ancient monarchical tradition nor on the army’s brute force. Rather, it is an “electoral autocracy” -- a personalized regime with a strong domestic base. Over the last several years, though, the regime’s repressive dimension was significantly strengthened as the “national leader’s” popularity eroded.

Some commentators also call contemporary Russia’s political system a “patrimonial authoritarianism,” noting that it is based both in its political and economic spheres not so much on the formal rules and institutions as on the informal patronage networks. Furthermore, it is the re(emergence) of the system of personal dependence and clienteles within the relations of power in Russia that prompted a number of observers to talk about the revival of certain archaic practices that, in the aggregate, can be characterized as “neo-feudalism.” They point to the new prominence of the privileged “service class” (a “new Russian nobility,” as the Secretary of the Russian Security Council, Gen. Nikolai Patrushev, once famously put it), the establishment of the rigid social hierarchy made of “estates” and corporations which hinder social mobility, as well as the conditional character of property which is being constantly re-divided, re-distributed and often simply taken away by raw force.

Notably, over the last two decades, Russia’s governing elites have developed a very idiosyncratic vision of the national past. Both Putin -- the “elected autocrat” -- and his Kremlin courtiers -- the newly minted “bluebloods” -- eagerly (and uncritically) embrace the entire “one thousand years” span of the “glorious Russian history,” styling themselves as direct heirs to Soviet communism and to the grandeur of pre-1917 imperial era. It would seem, though, that, personally, Putin especially favors Russia’s Belle Époque – the late imperial period, in particular the reign of Emperor Alexander III. During Alexander’s conservative rule, Russia enjoyed economic growth, international prestige, and social stability while the revolutionary movement was completely supressed. Entering his third decade at the pinnacle of power, Putin appears to be increasingly casting himself as a traditional Russian absolute monarch in the mold of Nicholas I and Alexander III.

However, there is an unbridgeable chasm between Putin’s historical fantasies and the mental world of the Romanov royals. The embarrassing “Putin’s palace” saga speaks volumes about this cultural gap. In Russia’s imperial epoch, the very notion of a “secret palace” would be utterly absurd. For the Romanovs (as for the other major European dynasties), architecture, art, court rituals and celebrations as well as all kinds of royal imagery and pageantry served as powerful mechanisms of tsarist rule. A royal palace was a public space where the absolute monarch and his court were presented in all their splendor before the masses of commoners. As the prominent American historian Richard Wortman demonstrated in his magisterial Scenarios of Power, the representation of the monarch and the exercise of power were intimately intertwined and mutually reinforcing processes. A dazzling spectacle of the royal court life unfolding against the backdrop of magnificent mansions constituted a symbolic realm that lifted the ruler above his subjects.

At the same time, in their private life most Romanov monarchs were rather modest. The artist and art historian Alexandre Benois who inspected the Winter Palace’s imperial chambers in 1917, noted in his diary the austerity of Nicholas I’s room – one that served the “strict Sovereign” both as a study and a bedroom: next to a large writing desk there stood the emperor’s “simple soldier bed.” Likewise, Alexander III, Putin’s alleged royal role model, was known for his frugality and dislike of extravagance. According to a memoirist, in Gatchina, his favorite suburban retreat near St. Petersburg, he lived a life “more like that of a private country squire than that generally supposed to be led by a Sovereign.” He and his family stayed in small, low-ceilinged rooms filled with knick-knacks and bulky Victorian furniture.

Being thrifty himself, Alexander never hesitated to discipline profligate members of the extended imperial family. In 1886, the latter’s size was significantly shrunk: a new Law on the Imperial Family limited membership to the children and grandchildren of reigning emperors. He then moved on to expel grand dukes (his brothers, uncles and cousins) from the living quarters in the Winter Palace which they had occupied at court expense. Their right to take freely from the imperial palaces whatever they fancied – art objects, silverware or furniture – was also withdrawn.

The picture painted in the Navalny film about Putin’s supposed prized piece of real estate on the Black Sea coast is a travesty of imperial Russia’s historical practices. Clearly, in the 21st century Russian president simply cannot be presented as a transcendent monarch; his legitimacy needs to rely –at least formally – on popular vote. Thus the imperial grandeur with all its pageantry and palaces is not a key element of Putin’s “scenarios of power.” Yet the Kremlin leader, who as a teenager roamed the tough backstreets of 1960s Leningrad, appears hell-bent to “live like a king” in his private life. This sickly obsession with luxury – which, the authors of the film noted, borders on “mental illness” -- found its grotesque realization in the tacky opulence of his “secret” seaside residence.

Now, many people who saw the film are trying to rationalize what seems to be a classic example of megalomania, wondering about the gigantic size of the palace and its over-the-top construction cost. A short and simple explanation was given by the late Boris Nemtsov, one of Russia’s leading liberal politicians. Putin, Nemtsov said not long before he was assassinated in 2015, “is a f---ing nutcase.” There’s, however, a longer and more nuanced “sociological” explanation. Contemporary Russia is a classic “captured state”: it is run – and owned – by a tiny and close-knit group of people. All of them are fabulously rich, possess incredibly lavish private mansions, and indulge in conspicuous consumption. This group is hierarchically structured, with Putin playing the role of capo dei capi (boss of the bosses). According to the ethos of such communities, Putin as a top dog is entitled to have “the best of everything” – including the largest private house in the country. It is a sign of his status and authority within the group.

For his cronies, Putin is indeed a “tsar.” Ironically, though, he appears to be a “sovereign” in a “clandestine monarchy” – one that cannot be presented to the public and is better kept under wraps.

Igor Torbakov
Senior Fellow at the Institute for Russian and Eurasian Studies at Uppsala University and Associate Fellow at the Swedish Institute of International Affairs. 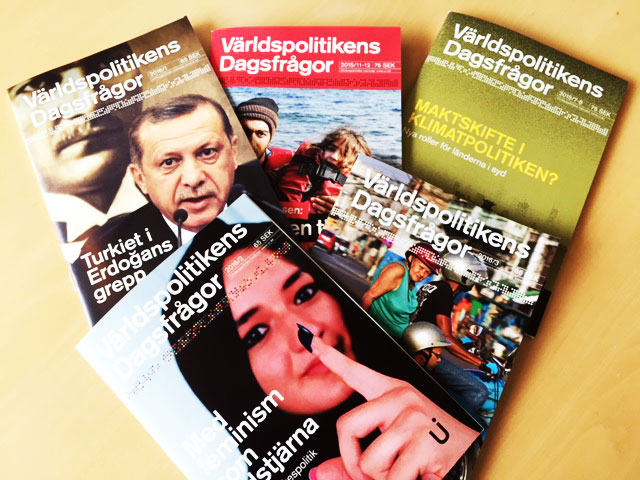