Analysis. Global disruption caused by the Covid-19 pandemic has provided a window of opportunity for populist leaders to manipulate government structures and broader societal norms. As the health crisis continues to evolve and fluctuate, it has become increasingly clear that some decision makers are keen to either avoid or co-opt health and emergency response policies and agendas in order to concentrate power and dismantle national democracy, writes Christina De Paris, research assistant at the University of Gothenburg.

In a health crisis, governments are tasked with taking extraordinary measures to protect their citizens, but in some cases, motives to seize power or control public authority are disguised as domestic best interests. From Hungary and Poland to Cambodia and the Philippines (among others), populist leaders have engaged in political maneuvering in the name of responding to the pandemic, and as a result intentionally repress the opposition, violate civil rights, and jeopardize the rule of law with their tactics. As political side-effects of the Covid-19 global health crisis, populist leaders are usurping power, delegitimizing institutions, and censoring the media, setting a dangerous precedent for democracies experiencing precarity and uneven power structures.

The UN has gone to the lengths of issuing a statement condemning emergency measures as a way to suppress human rights. Without naming any nation in particular, human rights experts representing the global body have urged states to “avoid overreach of security measures in their response to the coronavirus outbreak and reminded them that emergency powers should not be used to quash dissent.” Despite the UN’s plea for adherence to uphold democratic norms, states do not seem to be facing widespread public objections by the regional body they may be member to, such as the EU and ASEAN, however, condemnation by concerned government leaders have been recorded. In tackling Covid-19, most countries around the world have taken an individualistic path in the immediate health response, leaning toward non-interference and acceptance of the way their neighbors are handling the emergency.

It’s no surprise that international and domestic news cycles have been dominated by developments related to Covid-19, but as a result, some critical information is going underreported or even being blocked by the populist leaders who have disarmed media coverage to suppress stories from leaking beyond their borders. Recently, when news is reported, it’s not garnering the same attention in the public, as the survivalist mentality in the fight against Covid-19 has enraptured the public sphere. By compromising the pillars of constitutional democracy, such as civil rights, free media, independent courts, and fair electoral rules, populism has begun to devolve into a brand of non-democratic and authoritarian order, which plays out differently in varying countries. 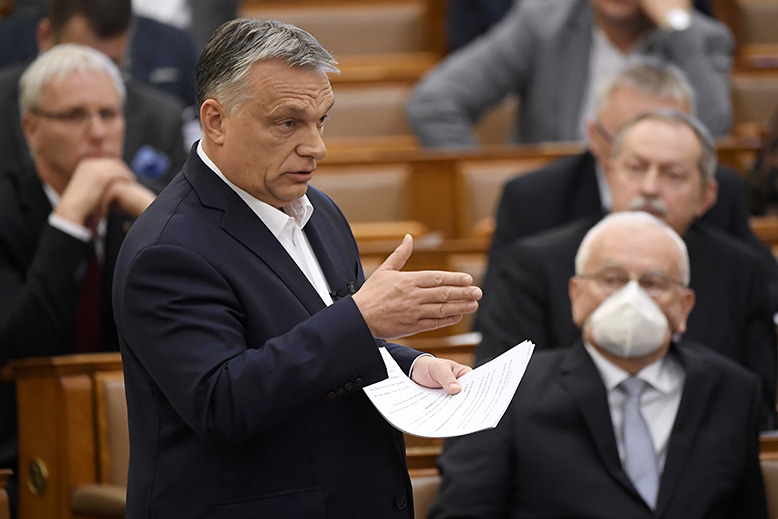 Hungarian Prime Minister Viktor Orbán delivers a speech to parliament in March, after which he was granted the right to rule by decree. Photo: Tamas Kovacs/MTI/AP/TT

Under these circumstances, along with the ones already mentioned, leaders such as Hungarian Prime Minister Viktor Orbán have been granted sweeping control over government. Orbán’s Fidesz party, the national conservative political wing of the government, holds a two-thirds majority, and it was almost instantaneous that he proposed legislation coined as the “Coronavirus law” that secured a state of emergency and gave him power to rule by decree indefinitely.

Through the act, Orbán has been able to swiftly dismantle key cornerstones of the EU member state’s democracy. An alarming example of how the populist leader is able to sidestep government under the new provision is the ability to imprison anyone disseminating “falsehoods” about the virus for a sentence of up to five years. Because of the uncertain timeline of Covid-19, there’s a legitimate worry that power and measures will be difficult to recuperate, especially after actions have already been taken. Besides this battle, it has been reported that since April, 100 decrees have been issued, some of which have no direct correlation to fighting Covid-19. The longevity of the laws could prove to be detrimental to regaining distribution of power that allow for democracies to function constitutionally, with the controversial emergency legislation being referred to as creating the first dictatorship in the EU.

Orbán’s aspirations for absolute control were challenged, however, with Hungary’s justice minister, Judit Varga, who presented legislation to parliament that halted so-called “state of danger” and put an end to the leader’s rule by decree. However, critics maintain he has used to the crisis to cement his rule by removing limitations in power. Although the state of emergency declared by the government has ended, the bill is argued to allow the leader to easily erode the rule of law in Hungary should another crisis occur. 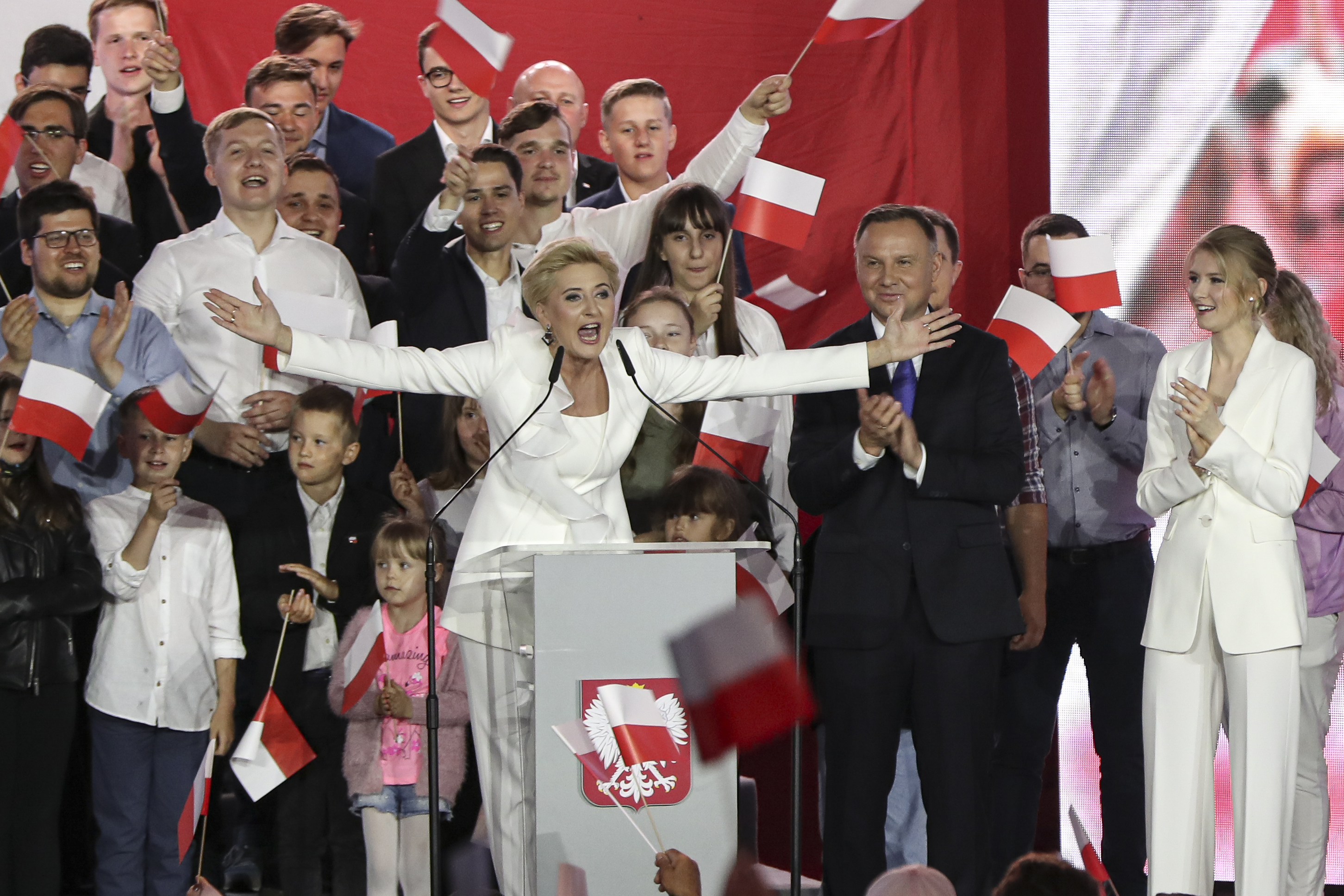 The case of Poland takes on a different narrative, in which a state of emergency was deliberately avoided by the country’s leading politicians, President Andrzej Duda and Jarosław Kaczyński of the ruling Law and Justice party (PiS), so as not to disrupt national elections scheduled for May of this year. Although lockdown measures and social distancing were enacted to combat the spread of the virus, the declaration of an emergency was not made, because any election would be delayed until 90 days after lifting the designation. By preventing regular campaigning by the opposition to occur due to the lockdown, Duda was able to consistently address the public on media channels and create the façade of a leader who was committed to shielding his population from contracting Covid-19.

In addition to the troubling illegitimacy of the elections held during a pandemic, the morality of the leadership is also in question. In not declaring a state of emergency, relief funds and greater powers that could have safeguarded the public from potential illness and economic hardships were not enacted by the government, thus failing the Polish population during a health crisis. The presidential election was postponed until late June with a runoff in July, in which President Duda was narrowly reelected.

Serious concerns have been raised by Human Rights Watch in regard to the approval and passing of the “Law on Governing the Country in a State of Emergency,” by Cambodian Prime Minister Hun Sen and the Council of Ministers within the Southeast Asian nation, stating that the government now has the ability to “restrict all civil and political liberties and target human rights, democracy, and media groups.” Hun Sen has claimed that the law is necessary in response to Covid-19, however, the substance of the bill lays the groundwork for the violation of fundamental rights without needing to provide justification for the government’s actions. In an attempt to combat any uprising in the response to the measures, the bill also allows the government to restrict any freedom of movement or assembly. 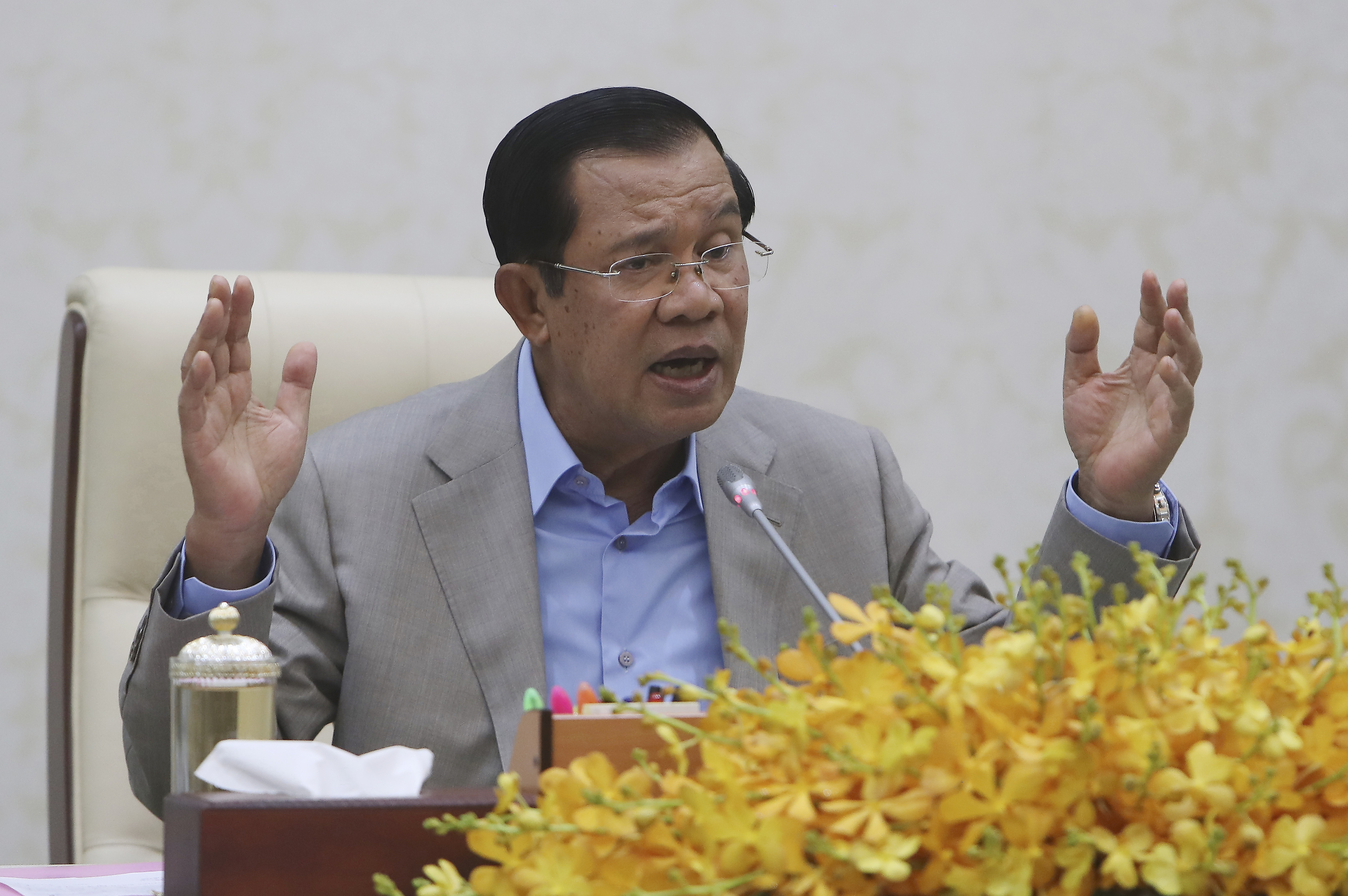 Prime Minister Hun Sen, who has been accused of taking advantage of the crisis to silence critics and tighten control, delivering a speech at the Peace Palace in Phnom Penh, Cambodia, last January. Photo: Heng Sinith/AP/TT

Turning to another ASEAN nation, the Philippines, where President Rodrigo Duterte has carefully cultivated his character as a strongman, notably against crime and drugs, the leader has openly incited the use of violence to fight criminality across the archipelago. It is true to form that he has translated his aggressive tactics in response to Covid-19 and has ordered for any protesters who violate lockdown orders to be neutralized, or using his words issued to the police and military, to “shoot them dead.” Protests, triggered by a sheer lack of food or monetary support from the government to purchase sustenance, were organized by residents of a slum in Manila's Quezon City and resulted in 20 arrests, further exacerbating the struggle for impoverished families to survive during the pandemic.

Similar to other illiberal populists, Duterte botched the initial outbreak response, dismissing the health crisis as a hoax, as Brazil’s Jair Bolsonaro (who recently tested positive for the virus) and the United States’ Donald Trump had also done. These three leaders share a common thread of projecting themselves as having absolute power over their people, but also contributing to discontent among swathes of their respective electorates. As the past four years have proven a rise in populist-leaning tendencies among candidates, these three leaders will all face reelection over the next two years, with Trump up first in November of this year, serving as the first test of whether this brand of governance has been embraced or rejected.

Building up to the contest, Trump has grossly undermined the national postal service, casting doubt as to the viability of its operational future as a way to hamper the possibility of mail-in ballots becoming accessible to a greater population across states. His rhetoric of the independent federal agency has taken an incendiary tone, while the beleaguered post office grapples with the $28 million bill accrued from Trump’s self-aggrandizing letter to all recipients of the stimulus check sent out by the government. By calling into question mail-in ballots, a practice many participate in successfully, it could set the pretext for denying results should they be in Democratic opponent Joe Biden’s favor.

Standard practices are being waved and exceptions implemented as health experts and governments attempt to identify the best course of action; however, because of the ability to temporarily erase norms and replace them with processes supposedly fitted to address the pandemic, a populist script in these countries is able to take center stage. These scenarios represent a severe discrediting of checks and balances, and because of the fear of the virus, the public’s attention is seemingly focused more on the death and case rates of their nation, how their economy is impacted, and what degree of access they might have to basic necessities.