Analysis. Despite the hope brought among the Palestinians after the latest reconciliation agreement between Fatah and Hamas, decades of internal struggles over leadership and territory, international pressure, and profound ideological and tactical differences make the prospects for Palestinian unity look unlikely, writes Lucia Ardovini, Research Fellow at the MENA programme at the UI. However, she argues, more progress has been made this time around than ever before.

On Thursday October 12, Gaza-based Hamas political chief Ismail Haniyeh announced that Fatah and Hamas have reached a reconciliation agreement, following two days of intensive negotiations in Cairo. At this initial stage, the discussion focused on some immediate issues with a first-hand impact on the local population, such as the re-opening of the Rafah border with Egypt under the supervision of the Palestinian Authority, and the reintegration of Hamas officials into ministries and institutions. However, it appears that negotiations have not touched upon some of the core issues that could compromise the long-term success of this reconciliation, most notably Hamas’ refusal to renounce armed resistance, which might represent a serious obstacle to unity later on.

The importance of this aspect is further stressed by Benjamin Netanyahu’s reaction, as the Israeli Prime Minister took to Facebook to declare that “any Palestinian government must renounce violence, recognize Israel, and accept the agreements negotiated between Israel and the PLO since 1993”, and “Israel opposes any reconciliation in which the terrorist organization Hamas does not disarm and end its war to destroy Israel (…) There is nothing Israel wants more than peace with all our neighbors. Reconciliation between Fatah and Hamas makes peace much harder to achieve”.

Despite the abundance of obstacles even at this initial stage, reconciliation would arguably give Palestinians an unprecedented chance to politically challenge Israeli occupation. But is this truly the start of the long sought-after Palestinian territorial and political unity? After taking a closer look, it becomes clear that there is much more at stake here than just the so called “Palestinian cause”.

To start with, it needs to be noted that this is not the first time these two political forces attempt to find a path to reconciliation. Since the bloody civil war in 2007, which marked Hamas’ takeover of the Gaza strip and Fatah’s exile, there have been at least 12 internationally supervised deals and talks between these two organisations, which so far have led to no durable accords. There are several reasons why finding common ground has historically proved to be so difficult, the first and foremost being the ideological and political difference between these two organizations. 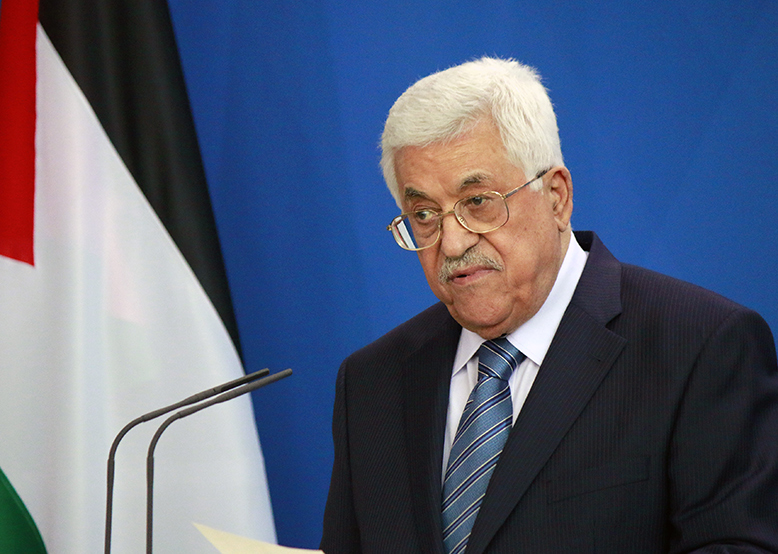 Once a symbol of the Palestinian revolutionary struggle, Fatah has experienced a consistent decrease in popular support and growing internal divisions since the death of its founder, Yasser Arafat. Internationally recognised as a legitimate political party and representing the largest faction of the multi-party Palestinian Liberation Organisation, Fatah has been overseeing the Palestinian-controlled territory in the West Bank since 2007, with its chairman Mahmoud Abbas serving as the President of the State of Palestine. However, over the last few years, secular Fatah seems to have increasingly left behind its narrative of resistance.

On the other hand, Hamas is a Sunni Islamic resistance movement, born out of the Egyptian Muslim Brotherhood, and is regarded as a terrorist organisation by several countries and international actors, most notably Israel, the United State, and the European Union. While Fatah is used to operating as a political party, Hamas’ raison d’être and identity remain closely linked to armed resistance against the State of Israel. It follows that, in addition to almost a decade of domestic struggles, there are profound ideological differences between these two organisations that make the prospects for unity unlikely. 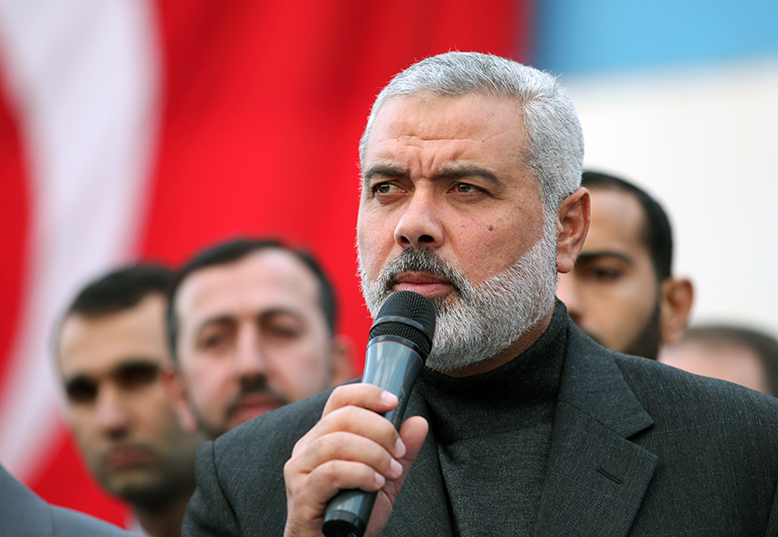 Similarly, while there is a clear willingness to achieve unity from both sides, there are still some very serious obstacles that need to be overcome for that to be the case. The first one is Mahmoud Abbas’ treatment of Gaza, which saw Fatah’s and the Palestinian Authority’s President cutting electricity and the salaries of thousands of government workers in the Strip as a way to punish Hamas for setting up what is perceived to be a “Shadow Government”. These sanctions have further worsened the already severe humanitarian crisis in Gaza, while Abbas’s popularity has taken yet another hit.

This move has also accentuated the personal leadership battle between Abbas and Mohammed Dahlan, a former Fatah leader and Gaza Security Chief currently living in exile in the United Arab Emirates, who might take this opportunity to return to the West Bank and challenge Abbas’ authority. Personal politics aside, in order for this reconciliation to succeed both Hamas and Fatah have to accept the principle of power sharing and of democratic pluralism, acknowledging the need for this to be a collective effort and for elections to be called at the earliest opportunity.

One major point of contention in this sense will be Hamas’ historical commitment to armed struggle, and whether or not the organisation will be willing to renounce it. Abbas has already called for “one state, one regime, one law, and one weapon”, clarifying that he would not accept a “reproduction in Gaza of the Hezbollah experience in Lebanon”, essentially calling on Hamas to surrender its weapons. With Hamas reiterating once again that the issue of armed resistance is not up for discussion, this might represent a considerable obstacle for future reconciliation talks.

Egypt’s involvement in hosting and supervising reconciliation talks also stresses the deep international implications on this potential unity. While Arab states nowadays are caught up in their own internal issues and are not as committed to the Palestinian cause as they were in the past, it is undeniable that the eyes of the region are fixed on the potential outcomes of this deal. Egypt’s interest in the reconciliation process is obvious, given its growing domestic terrorism problem in the Sinai and decades-long cooperation with both Israel and the United States, but there are other regional players whose interests are at stake here.

Hamas’ long-time supporter and financer, Qatar, is under embargo as a consequence of the Gulf crisis, and the fear of losing its aid might have urged the group to reconcile with Fatah. As a consequence of Dahlan´s involvement, The United Arab Emirates have hinted at the possibility of a considerable investment in a post-Hamas Gaza. Moreover, Hamas’ involvement with both Iran, and earlier with Syria, is another point of contention for both Saudi Arabia’s and the Gulf States’ continuous efforts to limit Shia influence in the region. Last but not least, it is obvious that Israel’s overriding priority is to avoid reconciliation and maintain the territorial split between Gaza and the West Bank, as demonstrated by Netanyahu’s recent statements. 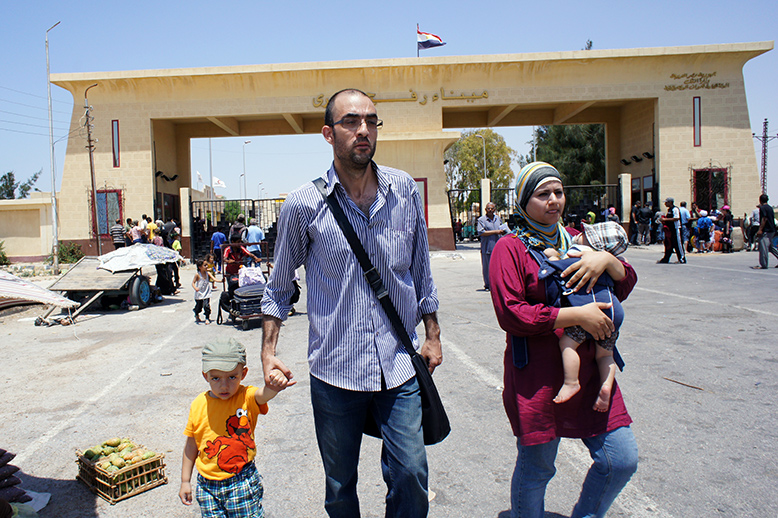 Rafah border gate between Gaza and Egypt in 2011. Photo: Shutterstock

To conclude, it is clear that there is much more at stake here than “just” the long sought establishment of a Palestinian State. Decades of internal struggles over leadership and territory, international pressure, and profound ideological and tactical differences make the prospects for Palestinian unity look quite unlikely.

However, on a lighter note, while the outcomes of this latest reconciliation attempt remain unclear, more progress has been made this time around than ever before. Most notably, Hamas has announced its intention to dissolve the Administrative Council that had de facto established a shadow government in the Gaza Strip, showing its willingness to compromise for the sake of a greater cause. With further talks set to take place on November 21, it is necessary to pay close attention to the regional and international reactions to the reconciliation process, as it remains unclear which attitude Israel and the United States will approach Fatah’s and Hamas’ dialogue with.

Analysis. Israel has declared Jerusalem its eternal and undivided capital. Yet no embassie

Jihadism and the Killing of an Italian Activist in Gaza

Analysis. Hamas in Gaza not only faces opposition from Fatah, but also from an array of fi

Column. As the Oslo process is disintegrating it is fitting that Sweden, as president of