Säkerhetspolitik. A new book, Destined for War: Can America and China Escape Thucydides’s Trap? by Graham Allison is focusing on the risk of war between the United States, in relative decline, and China as a rising global power. Allison’s main thesis is that the two nations are “on a collision course for war – unless both parties take difficult and painful actions to avert it.” Börje Ljunggren, senior associate fellow at UI, has read the book. He underlines that predictability is crucial to avoid a violent collision.

China’s rise and the relative decline of the United States have produced a plethora of books. Among the most prominent is Graham Allison’s Destined for War: Can America and China Escape Thucydides’s Trap? While far from flawless, the book has undoubtedly succeeded in sharpening our focus.

Thucydides was a general and historian in Ancient Greece, and his History of the Peloponnesian War is regarded as the first major historical work. He maintains that the 27-year war, from 431 to 403 BC, was a consequence of the anxiety that Athens’s rise caused in Sparta, an ascending power challenging an established power: it was “the rise of Athens and the fear that this instilled in Sparta that made war inevitable." This sentence inspired the term “Thucydides's trap,” launching Allison’s project at Harvard’s Belfer Center for Science and International Affairs – identifying 16 major power rivalries during the last 500 years between a ruling and emerging power, 12 of which led to war.

A comforting fact may be that of the two cases since World War II – the Cold War and Germany’s reunification – neither led to war. Germany’s reunification was successfully achieved within the framework of the European Union. The Cuban Missile Crisis in 1962 is, as Allison sees it, “the most dangerous confrontation in human history,” presenting “the starkest counterfactuals of all – and the lessons most relevant for the current US-Chinese dilemma.”

Today the idea of winning a world war seems truly insane. The nuclear threat is real, and as Allison notes, major powers could irrevocably destroy one another.

The book analyzes all 16 cases, but the focus is on the risk of war between the United States and an ascending China. Allison’s main thesis is that the two nations are “on a collision course for war – unless both parties take difficult and painful actions to avert it.”

China wants, says Allison, to "regain its rightful place," and the return to the prominence of a 5000-year civilization is "not a problem to fix but a condition."

Among his concerns is that “many Americans are still in denial about what China’s transformation from an agrarian backwater to ‘the biggest player in the history of the world’ means for the United States.”

The United States lacks a coherent strategy for dealing with a rising China.

Allison devotes considerable space to describing China's dramatic development, ranging from GDP growth to top rankings for Chinese universities. Like Kissinger, who served as US secretary of state during the Nixon administration, Allison is seduced by the country. He is impressed not least, by how President Xi Jinping consolidates his power, making himself "chairman of everything." Allison does not problematize China's situation with regard to challenges posed by either the party-state or the economy driven by investment and credit, generating surpluses in steel and other commodities threatening the global economy.

Xi's great nightmare is to meet the fate of the Soviet Communist Party, and he is not taking any risks, strengthening the party's control over the administration and armed forces, the ultimate guarantor of power. China, embracing the engine of globalization, has moved beyond demanding what the late Lee Kuan Yew referred to as “being accepted as China, not as an honorary member of the Western world.”

No other country has profited as much from globalization as China. At the same time, the country has, despite 730 million internet users, remained a party-state. Thus, a key concept in Xi’s arsenal is “internet sovereignty.” Rather than undermine the party-state, the internet has become an indispensable tool of China’s “controlocracy,” to quote Stein Ringen, with glaring absence of a true civil society and human rights, China’s proposed “social credit system” for monitoring and rating citizens as soon as 2020 is a logical development.

Germany’s rise in the beginning of the 20th century is alone among the 16 cases that Allison addresses in detail. The rapid expansion of German naval forces, the potential challenge to Britain's hegemony, is a major theme in his analysis of the origins of World War I – with significant bearing on the growing Chinese navy and prevailing US presence in the Pacific. A salient illustration of China’s growing notion of its own global role is the 2014 military strategy stating that “the traditional mentality that land outweighs sea must be abandoned and great importance must be attached to managing the seas and oceans, and protecting maritime rights and interests.” 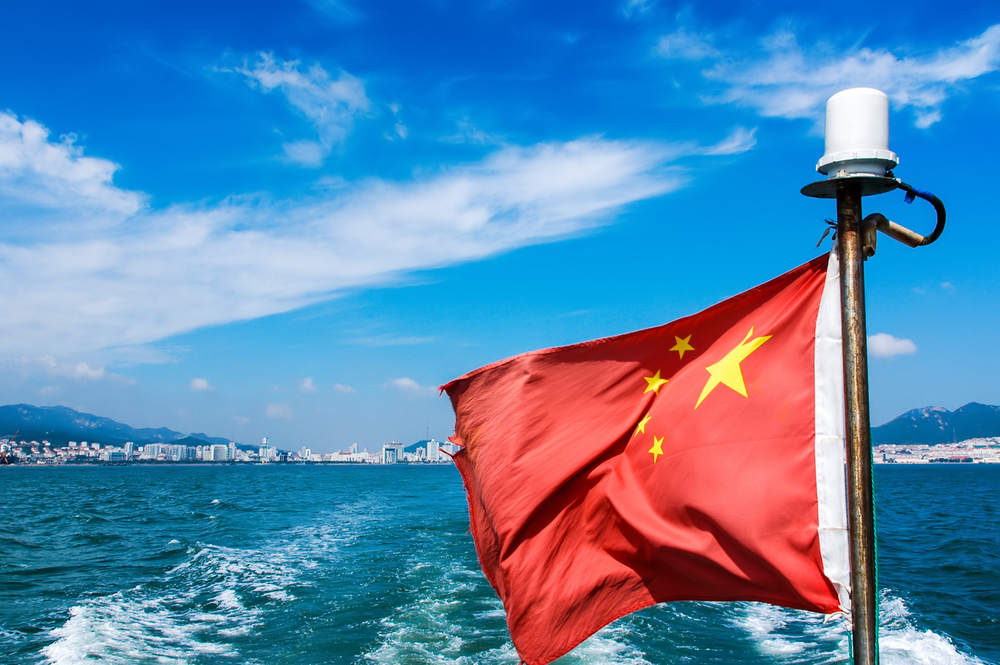 Almost 600 years have passed since China was a naval power. Today, naval power is a major objective for China. During the Obama administration, the US defense budget shrank, but still amounted to one third of global defense expenditure. US President Donald Trump is determined to reverse that trend, and naval power could be the epicenter of the emerging great power rivalry.

China naturally wants to see itself as hegemon in a Sinocentric East Asia. Xi has explained that the Pacific is big enough for both nations, but the US forward defense line in Pacific Asia runs near China – manifested through key alliances and naval presence.

In his impressive By More than Providence – Grand Strategy and American Power in the Asia Pacific Since 1783, Michael Green reconstructs the history of the United States as a Pacific power. His conviction is that “if there is one central theme in American strategic culture that has applied to the Far East over time, it is that the United States will not tolerate any other power establishing exclusive hegemonic control over Asia or the Pacific.” National interests necessitate that the Pacific “remains a conduit for American ideas and goods to flow westward, and not for threats to flow eastward toward the homeland.”

The dynamics identified by Thucydides will intensify. Preserving the status quo is impossible. Under Xi's leadership, China has in a short time moved from Deng Xiaoping's cautious maxim that the nation should “hide its power and bide its time” to an increasingly assertive role, taking advantage of strategic opportunities and embarking on major initiatives. And Trump contributes to “making China great” by turning his back on the liberal economic order, scrapping the Trans-Pacific Partnership and rejecting the Paris climate agreement.

While each personifies his country’s deep aspirations for national greatness, the two leaders differ – Trump is a narcissist with scant knowledge of crucial issues on his watch; Xi spent his life in the Communist Party, the last decade at its innermost power center.

Allison’s ultimate ambition is to raise awareness and prevent collision between the United States and China. He identifies four core ideas based on “structural realities”: clarifying vital interests, understanding the aims of the other, crafting strategy and addressing national challenges. Predictability is crucial.

Barack Obama was deeply aware of the value in developing predictable US-Chinese mechanisms for managing the power rivalry. He also showed that the two countries could contribute to a better world, as with the Paris agreement. It’s hard to envision such efforts during the Trump era.

The world is in the midst of a drama with many hard-to-predict scenes. “Economic Asia” prevailed for a long time, but today “security Asia” is reemerging and East Asia is not short of serious unresolved conflicts. “East Asian Peace,” as explained in the book by Stein Tönnesson in 2017, served the region well in recent decades, but is increasingly fragile.

A major war is hardly inevitable, but confrontations are an ever-present risk. Strategic distrust will define an increasingly complex US-Chinese relationship, but there is ample scope for joint efforts beyond distrust.

He is also the author of Den kinesiska drömmen – Xi, makten och utmaningarna (The Chinese Dream – Xi, Power and Challenges), 2017.

This article was originally published by YaleGobal Online 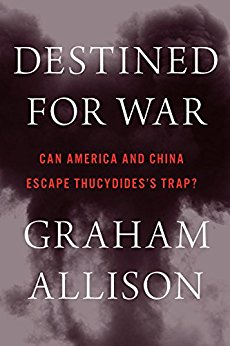