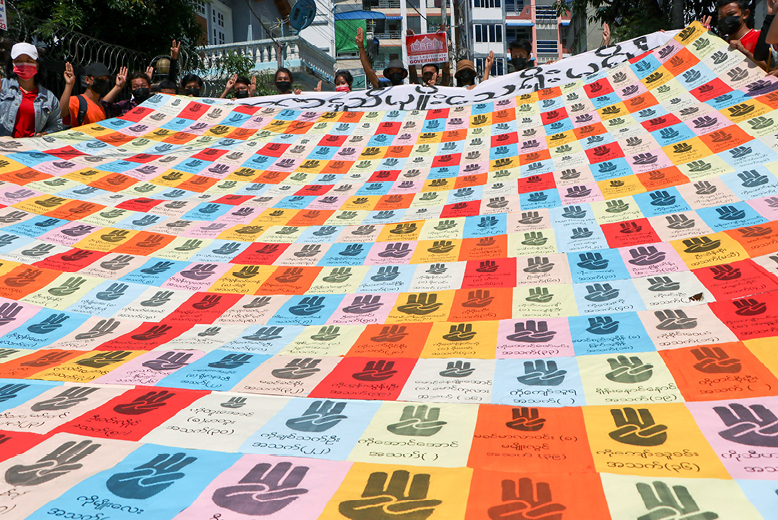 Myanmar in 2022: One Year of Resistance to Military Rule

One year after the military coup in Myanmar, we took stock of the current situation in the country. What is the political, humanitarian, and democratic state of affairs, and what are the possible ways forward?

In February last year, Myanmar’s armed forces took power in a coup d’état. Security forces arrested members of the elected government, while many activists were forced into hiding or exile. Following the coup, human rights violations have become an everyday reality, and violence has increased around the country.

As a response to the coup a resistance movement unprecedented in its intensity and the breadth of its appeal has emerged. Resistance to the coup is seen in country-wide uprisings, the formation of a parallel government, and in foreign donor’s support to a constitution process to prepare for future democratic transition.

To highlight one year of resistance to military rule, in this seminar prominent scholars, politicians, and practitioners addressed the situation for Myanmar’s spring revolution and the work conducted by the National Unity Government (NUG) and affiliated actors.

Cecilia Bylesjö, Senior Specialist on Dialogue and Mediation at the Folke Bernadotte Academy

The discussion was moderated by Kristina Simion, Research Fellow at UI's Asia Programme.

This webinar was jointly arranged with the Folke Bernadotte Academy.